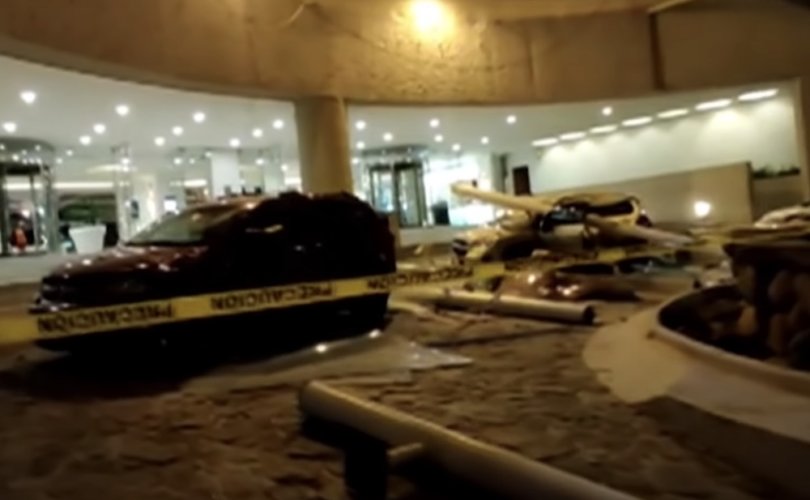 MEXICO CITY (LifeSiteNews) – On Tuesday, the Mexican Supreme Court struck down several articles that protected unborn life in the penal code of the Mexican state of Coahuila, potentially opening the door to legal abortion throughout Mexico.

Currently, elective abortion is legal in Mexico City, and in the states of Oaxaca, Hidalgo and Veracruz until the unborn child is 12 weeks old. Since 2019, abortions for reasons of rape have been permissible throughout the country, though elective abortion has remained illegal.

Coahuila is the most recent state to change its tune on the legality of abortion, although decriminalization does not make the procedure legal. Coahuila shares a border with the American state of Texas, which has just made abortion illegal when a heartbeat is detected – roughly at six weeks into a pregnancy.

The ruling will currently only affect the northern border state. Court President Arturo Zaldivar said that the decision establishes “obligatory criteria for all of the country’s judges.” He added that in Coahuila, “From now on, you will not be able to, without violating the court’s criteria and the constitution, charge any woman who aborts under the circumstances this court has ruled as valid.”

Some have suggested that this ruling decriminalizes abortion in all of Mexico, but Rodrigo Iván Cortés, president of the Frente Nacional por la Familia (FNF), told ACI Prensa that far from having a national scope, the decision only pertains to “the articles that apply criminal penalties in cases of abortion in the state of Coahuila.” He added that criminal penalties for abortion “remain in the rest of the Republic.”

Cortés also expressed that pro-life sentiment is still strong in Mexico by stating: “in recent polls we can see that two out of three Mexicans strongly support life and with a lot of human sense and common sense they know that life must prevail over other rights, because it is the condition for others [to] be enjoyed.” Also, “96% of people imprisoned for the crime of abortion are men, many of them responsible for physical and sexual assaults against women.”

El Grupo de Información en Reproducción Elegida (GIRE), a feminist pro-abortion advocacy group, said that the decision “is a reflection of the historic fight of the feminist movement for legal, safe and free abortion.” The group also said that it hopes that “women and people with the capacity to become pregnant” will have access to abortion as a result.

Other Latin American countries have moved to legalize abortion as well, in what anti-life activists are calling a “green wave.” Argentina legalized abortion up to the 14th week of pregnancy last December.

Mexico’s President Andres Manuel Lopez Obrador, a liberal, has decided to remain neutral on the issue. He said: “Due my presidential office, I can’t expose myself to wear and tear, so I have to look after myself, and this is quite a controversial issue.”

In the past, the Mexican president has made allegiances with Christian conservatives.

Bishop Alfonso Miranda Guardiola said in a homily on the day of the decision that the court “intends a series of violation” against human life.

Mexico is home to the famous apparition of Our Lady of Guadalupe, who appeared almost 500 years ago to Saint Juan Diego in what is now Mexico City. Our Lady of Guadalupe is the Patroness of the unborn. Historically a devout Catholic nation, the abortion debate is very contentious in Mexico, even amongst Mexicans who do not practice the faith.

Almost immediately after the pro-abortion decision, a major earthquake struck near the port city of Acapulco.

There have been reports of falling rocks and landslides, and that walls had fallen down in Chilpancingo, the capital of the state of Guerrero.

The quake was measured at a 7.1 magnitude on the Richter scale, and aftershocks were felt as far inland as Mexico City. Over a million people were left without power for a time, and so far at least one person has been killed as a result.