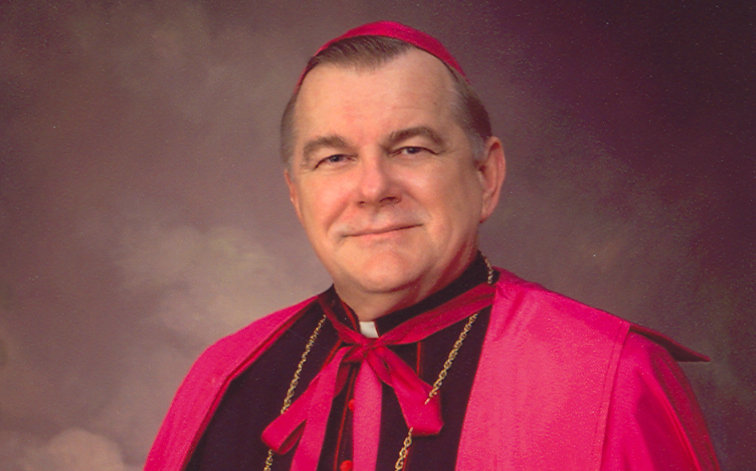 Miami Archbishop Thomas Wenski wasted no time reminding employees of his archdiocese of their call to fidelity to the Church in light of recent decision by a Florida judge to redefine marriage to include same-sex couples.

The archbishop issued a letter to Church employees explaining that public support for behavior in conflict with Catholic teaching, including via social media, could cost them their job.

“All employees should note that, because of the Church’s particular function in society, certain conduct, inconsistent with the teachings of the Catholic Church, could lead to disciplinary action, including termination,” the standard quoted in the letter states. “Even if it occurs outside the normal working day and outside the strict confines of work performed by the employee for the archdiocese.”

The conduct policy states as well that employees must use discretion when posting on social media sites and they should be aware that online activity which goes against the teachings of the Church could also result in discipline or termination.

Archbishop Wenski sent the letter in conjunction with a January 5 Florida Catholic Conference statement on the legalization of homosexual “marriage” in Florida, opening his message by telling employees the decisions by courts in Florida “have imposed the redefinition of marriage.”

This week, the state became the 36th in the nation to legalize gay “marriage” after an injunction blocking enforcement of a U.S. District judge’s decision that Florida’s marriage protection law was unconstitutional expired short of intervention from a higher court. The state has appeals in process with the 11th Circuit and the U.S. Supreme Court. The high court is expected to decide whether to hear the case January 9.

“Whatever the role in which you serve within the archdiocese, you publicly represent the Catholic Church and the archdiocese in everything you do and say,” Archbishop Wenski wrote to employees. “Therefore it is important that you understand the Church’s position and are well informed.”

Archdiocesan employment policy is clear that employees are expected to conduct themselves at all times and places in a moral and ethical manner consistent with Catholic principles.

The archbishop’s clarification to employees came after several recent instances of Church personnel being let go for violation of Church teaching and employment policy, sometimes resulting in a media backlash and legal action.

A Missouri woman sued the Diocese of Kansas City-St. Joseph last year for letting her go after she “married” her famale partner. A Seattle Catholic school experienced backlash last year for urging a vice-principal to resign after he contracted a homosexual “marriage.” The vice-principal later sued. An Ohio man was let go from his job at a Catholic school last year after he entered into an engagement to be “married” to another man. In Chicago last year a choir director was removed from his job after becoming engaged to another man. He filed suit against the parish and pastor in December. A Minnesota parish liturgist was removed in September last year after entering into a homosexual “marriage.”

Archbishop Wenski also voiced opposition to Florida’s marriage redefinition in the press, stating to the South Florida NBC affiliate that, “by imposing a new definition of marriage on the people of Florida, the courts are changing what marriage means for everybody.”

That same news report also said that debate was continuing within the Church and the Vatican about “the inclusion of same-sex couples,” and that, “A comment by Pope Francis, who reportedly said ‘Who am I to judge?’ about gay individuals, was seen as a possible sign that the Church’s position could evolve.”

However, repeated statements from popes, as well as the Vatican’s doctrinal office, have made it clear that the Church’s teaching won’t – and indeed can’t – change on the issue.