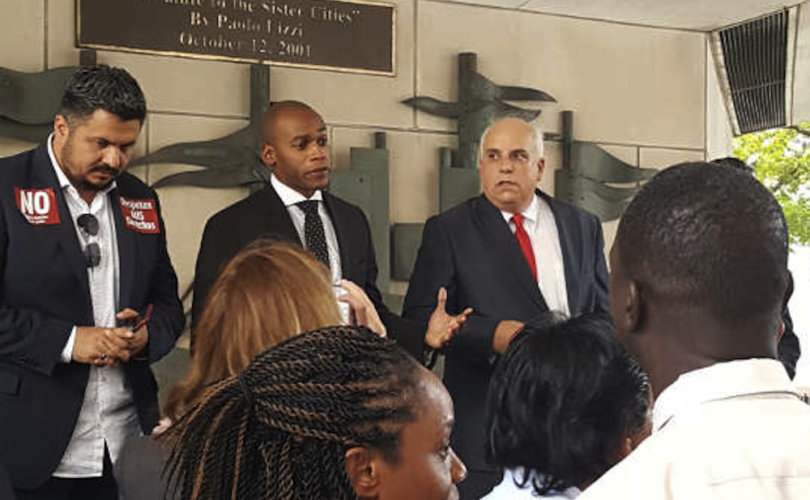 After more than five hours of debate and more than 70 people speaking against the reparative therapy ban, Miami-Dade commissioners voted it down on October 3, a Liberty Counsel release said. The statement picked up by Christian Newswire said the ban failed because of its targeting speech with which its proponents disagreed.

The ban’s supporters misrepresented their actual goal, according to Liberty Counsel, which was to prohibit not only licensed counselors but pastors, teachers and parents from talking to any minor about the child's unwanted same-sex attractions or gender confusion.

The ban would have prohibited anyone from telling a minor that same-sex activity or identifying as the opposite sex is harmful, wrong, or should be resisted, it said.

Penalties for violating the proposed therapy ban would have been $500 for the first violation and $1,000 for subsequent offenses. Each therapy session with a minor would mean a violation. The proposed ban would have affected unincorporated parts of Miami-Dade County.

The majority of commissioners voted to reject the “poorly-drafted speech ban” as a violation of First Amendment free speech, religious exercise, and parental rights, and also on the grounds that government should not insert itself between a client and a counselor.

“We commend the majority of Miami-Dade County Commissioners who voted for the First Amendment,” said Liberty Counsel founder and chairman Mat Staver. “Municipalities have no authority to invade the counselor-client relationship.”

“The speech ban's attempted reach beyond 'licensed' professionals to anyone and everyone else, including pastors counseling church members and parents counseling their own minor children, was an egregious First Amendment violation,” Staver said. “Licensed counselors and unlicensed persons all have First Amendment rights to counsel minors against the harms of homosexuality and gender confusion, for secular, scientific, and religious reasons.”

The legal non-profit worked with the Christian Family Coalition to provide information and support to commissioners on the issue. Its director of public policy was part of last Tuesday’s testimony against the ban.

Florida proponents of reparative therapy counseling bans have focused their efforts on municipal governments, trying to accomplish at the local level what they have failed to do statewide, according to Liberty Counsel, which would violate the jurisdiction the Florida Legislature holds over licensed professionals who practice there.

The county’s Public Safety and Health Committee had given unanimous approval of Proposed ordinance 17-1359 in July.

LGBT advocates criticize the practice for its repudiation of the principle that sexual attraction is immutable. There is political divide in the mental health field on the therapy.

Several U.S. states and at least one Canadian province have banned reparative therapy.