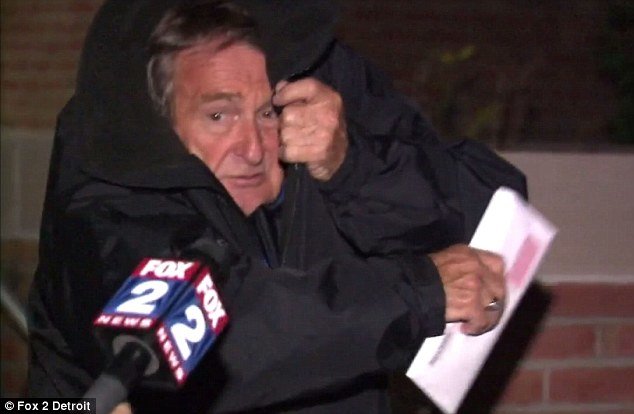 After Roth's vehicle was impounded, police found six prescriptions of the antibiotic Ciprofloxacin, which is often used in abortions, and doses of Fentanyl, a sedative.

Their most gruesome discovery, though, was 14 viles of “post-conception material” – i.e., the remains of aborted babies.

The medication bore the name of Dr. Angel Ojeda of the Eastland Women’s Center in Eastpointe, Michigan, where Roth sometimes performs abortions.

Dr. Ojeda and another employee said numerous containers of Fentanyl were stolen from his office in December 2014. A third abortion facility employee admitted he stole the drugs and other abortion supplies and provided them to Roth, who knew they were stolen, authorities say.

They say he is using stolen equipment to perform abortions in private homes or other locations.

“Dr. Roth’s actions jeopardized the safety of Michigan’s healthcare system,” said Michigan Attorney General Bill Schuette. “His attempt to break the law at the expense of his patient’s safety is not only illegal, but goes against the code he took upon becoming a doctor.”

So far, Roth has been charged only with violations related to prescription drugs.

Nine months after the accident, authorities charged him with one count of possession with intent to deliver a narcotic (for Fentanyl), and six counts of identity theft in the 48th District Court. He also faces three counts of Larceny in a Building in the 38th District Court.

Dr. Monica Migliorino Miller of the Michigan-based Citizens for a Pro-Life Society has told LifeSiteNews the fact “that Michael Roth would be performing illegal abortions, either in his home, or in the homes of women,” exposes the “despicable” and “sordid” world of the abortion industry.

Roth has performed abortions in patients' homes in the past, twice on the same woman within less than one year. The state Board of Medicine suspended his license for six months, fined him $15,000, and ordered him not to “perform a pregnancy termination procedure outside an approved clinic/hospital/office setting.”

He has also had a series of scrapes with the authorities over his shady practices. In 2008, he perforated a woman's uterus during a dilation and evacuation (D & E) abortion and failed to detect it, an error that required her to have a complete hysterectomy. The state Board of Medicine ruled Roth's behavior constituted “negligence,” “incompetence,” and “lack of good moral character.”

Authorities also say he kept expired medication, prescribed medicine without a license for more than 20 years, and prescribed “weight loss” amphetamines regularly to patients who ended up gaining weight under his care.

Roth once told the New York Times abortionists were wrong to refuse performing a sex-selective abortion. “'I have no ethical problems with it, absolutely not,” he said. “I haven't turned anyone down.”

His abortion facility, the Novi Laser and Aesthetic Center, had to shut down in 2014 after being evicted from two separate locations in less than a year's time.

“Abortionists like Roth are trained by the slow and lax disciplinary process to be re-offenders. They soon come to realize that they will never suffer serious consequences for their actions,” said Troy Newman, president of Operation Rescue.

In April, the state Board of Pharmacy filed a six-count complaint against Dr. Ojeda for carelessly handling and failing to report the theft of prescription drugs.

“The fact that Roth’s medical license is not currently under suspension is evidence that serious reforms are needed in the disciplinary process in order to protect the public,” Newman said.

Why was a Michigan abortion business evicted for the second time this year?