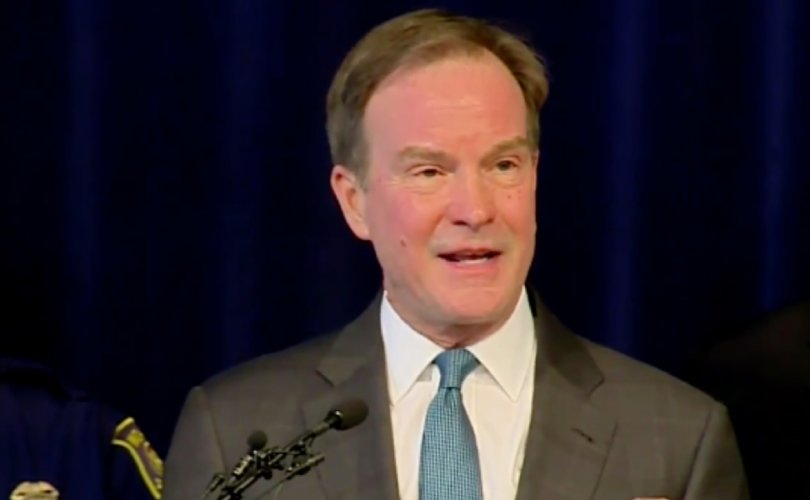 LANSING, Michigan, September 24, 2018 (LifeSiteNews) — The Michigan attorney general’s office announced Friday it is conducting an investigation into sex abuse and cover-up allegations against Catholic clergy dating as far back as 1950.

According to a statement released on its website last week, the attorney general’s office has, since August, been looking into Michigan’s seven Catholic dioceses as well as all religious order priests who have worked in the state. The statement was issued in response to a Freedom of Information Act request by WOOD TV 8, NBC’s Western Michigan affiliate.

The announcement comes on the heels of six other state-run inquiries of sex abuse in the U.S. Catholic Church. Elected officials in New Jersey, Illinois, Nebraska, New York, New Mexico, and Missouri are also investigating claims of predation by Catholic clergy that fall within their jurisdiction.

A spokeswoman for Michigan Attorney General Bill Schuette said the probe was prompted by the Pennsylvania grand jury report released on August 14. The report estimates that more than 300 priests abused more than 1,000 children, most of whom were teenage boys, for decades. It also found that diocesan leaders systematically covered up their crimes.

The grand jury report did not depict Washington, D.C.’s Cardinal Donald Wuerl in a positive light: according to the report, as bishop of Pittsburgh, Wuerl participated in the cover-up of sexual abuse.

Wuerl denied the allegations of the Pennsylvania report but has nevertheless come under intense scrutiny. More than 100,000 people have signed a change.org petition demanding Pope Francis remove Wuerl immediately. Last week, amid mounting criticism from within and outside his archdiocese, Wuerl travelled to Rome to discuss with the Pope the possibility of stepping down.

Attorney General Bill Schuette has served as Michigan’s top law enforcement official for the last eight years and is currently running for governor. He is endorsed by Michigan Right to Life and is facing off against pro-abortion Democrat Gretchen Whitmer, a former state senator and state representative. Most polls show Whitmer leading with a comfortable 10-point margin. Republican Governor Rick Snyder has been in power since 2011.

For the last two months, the Catholic Church has been experiencing what may be one of its worst crises. Archbishop Carlo Vigano, the former Apostolic Nuncio to the United States, testified in August that more than 30 high-ranking churchmen, including Pope Francis, covered up for sex abuser Archbishop Theodore McCarrick and that liberal priests and bishops were purposefully promoted because, among other things, they held pro-gay views.

Vigano’s explosive testimony set off a firestorm of reaction among Catholics, revealing a deep divide in the Church over the cause of and solution to clerical sex abuse.

The general consensus among Catholics faithful to Church teaching is that an investigation involving the laity into Archbishop Vigano’s allegations is essential and that homosexuality is at the root of the crisis.

Pope Francis, on the other hand, in four sermons over the last several weeks, appeared to characterize the exposing of abuse in the Church as an act of the devil, whom he referred to as “the great accuser.”

On September 11, Lansing Bishop Earl Boyea announced a plan for an outside group of lay professionals to review his diocese’s handling of past sexual abuse cases. Bishop David Walkowiak of Grand Rapids, Michigan’s second largest city, said Friday that Schuette’s inquiry will “help to restore the trust of Catholics throughout our 11 counties.” Walkowiak recently released a letter calling for an investigation of Archbishop Vigano’s testimony.

But earning the trust of Catholics in the Diocese of Saginaw may prove difficult.

The Diocese of Saginaw’s judicial vicar, who sat on the board of an anti-child abuse organization, was arrested in February for a gay sex assault on a teenage boy. That priest now faces a year in jail thanks to a plea deal he made.

In March, police raided Saginaw Bishop Joseph Cistone’s house and offices, saying the bishop and diocese were not fully cooperating with a sex abuse investigation.

ChurchMilitant.com, a Catholic news site based in Detroit, has reported extensively on the Saginaw sex abuse scandals. Church Militant’s studios are less than two hours away from the diocese.

“I welcome the Michigan attorney general's probe into clerical abuse and cover-up,” she said. “Crimes are taking place in the Church, destroying countless lives and souls, and so many of these Churchmen who engage in it think they're untouchable. It is long past time they start being held accountable — and it's clear now the only ones who will do it are non-Church officials. It's sad it must come to this, but the bishops have brought it upon themselves and only have themselves to blame.”

The Archdiocese of Detroit has spent nearly $4.5 million in settlements and counseling-related expenses for priestly sex abuse, with just over $1 million having been paid before 2004.

The Diocese of Grand Rapids gave more than $1 million to sex abuse survivors prior to the early 2000s.

Statistics for amounts paid for sexual abuse by other Michigan dioceses, if any, are not readily available.

The Michigan attorney general’s office encourages victims of abuse and those with knowledge of abuse to reach out to them by visiting www.Michigan.gov/CI or by calling (844) 324-3374 Monday through Friday, between 9:00 a.m. and 5:00 p.m. All contact will be confidential.