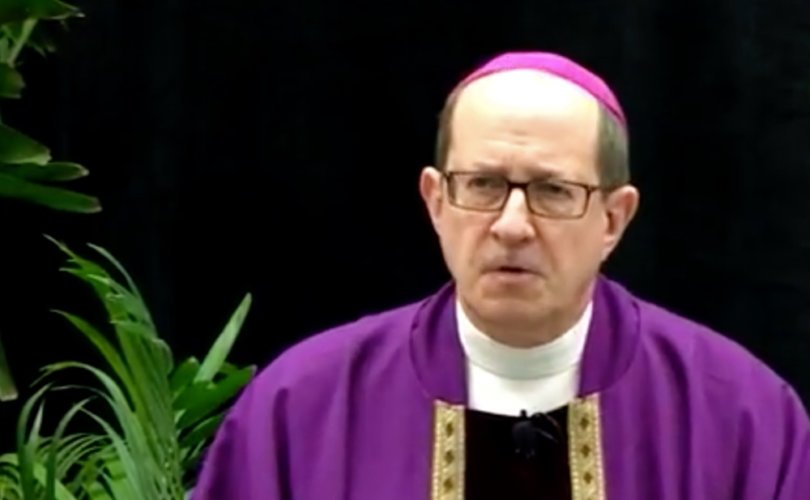 If the charges are true, the bishop said, steps must be taken to rectify the failures that allowed it to happen.

“The 11-page testimony released by Archbishop Viganò needs to be investigated to the fullest extent,” the bishop said. “We need to arrive at the truth. Only a thorough investigation will determine whether the claims made by the Archbishop are true. If they are true, action needs to be taken promptly to fix these failures.”

Walkowiak joins a growing list of bishops who have expressed support for the former papal nuncio to the U.S. and/or called for verification of Viganò’s claims.

The Church continues to reel from the Pennsylvania Grand Jury report released last month revealing 70 years of sexual abuse of at least 1,000 victims by some 300 priests in six of the state’s eight dioceses – along with revelations beginning in June that McCarrick had over decades abused seminarians, priests and young men.

Both scandals have resulted in calls for investigation into which Church leaders knew about the abuse and did not act to address it.

Calls or resignation have also been issued for Washington Cardinal Donald Wuerl, implicated in the Pennsylvania report for covering of abusers while bishop of Pittsburgh, and also Pope Francis – said to have lifted sanctions placed on McCarrick by Pope Benedict XVI.

USCCB President Cardinal DiNardo requested a papal audience some time ago, at least by mid-August, to officially ask for an investigation into the McCarrick matter. The Vatican announced Tuesday that Francis would meet with DiNardo and other top U.S. prelates.

News broke yesterday of DiNardo being accused of allowing a priest who confessed to sex abuse of a minor to function as a pastor of a parish, despite DiNardo’s assurances to one of the victims that he would no longer have access to children.

The Grand Rapids bishop said in his September 10 statement he would be present for the U.S. Bishops’ fall General Assembly in Baltimore when the Bishops’ Conference would next address the sex abuse crisis as a full body.

Walkowiak said he would support a plan “that will seek the truth and protect our children and young people,” and that this “is the only way our Church will be able to move forward.”

He called for prayer for healing of sexual abuse survivors, reparation for the sins of clergy and the restoration of hope for the Church.

Walkowiak plans a diocesan-wide Holy Hour offered for these intentions on September 19 at the diocesan cathedral.

“Let us keep our eyes on Christ,” Walkowiak said. “He is the only one who can bring us through this turmoil and purify our Church for the future.”