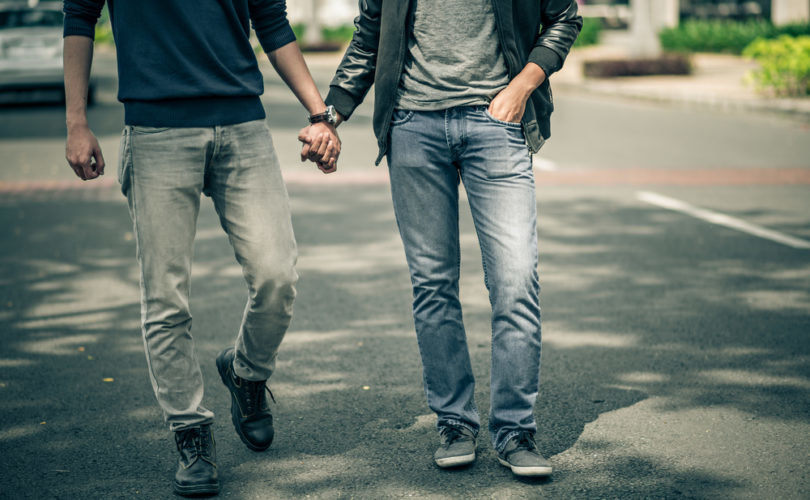 DETROIT, Michigan, March 18, 2016 (LifeSiteNews) – In response to the U.S. Supreme Court’s same-sex “marriage” ruling, Catholic organizations in Michigan at every level will be extending their health plans to any adult who co-habits with an employee, whether a sibling, uncle, mother, best friend or same-sex partner.

“We would be open to litigation and we would have lost,” he said, because the existing plan covered only employees, their children and their spouses, as defined in Catholic teaching on marriage as the opposite-sex partner.

However, James Bopp, counsel for National Right to Life, the James Madison Center for Free Speech, and Focus on the Family, said any Catholic organization would have a strong “freedom of religion” defence under the U.S. Constitution from any litigation, given that Catholic doctrine condemns homosexual relations.  “If a Catholic church couldn’t cite the First Amendment in its defence, I don’t know who could.”

Maluchnik told LifeSiteNews, “The concern is that how we define spouse in our health plan according to the teachings of the Catholic Church is contrary to how the federal government understands spouse.”

The conference insists it is not extending benefits to same-sex partners per se. “It will be based on residence, not relationship,” said Maluchnik. “We will have no way of knowing what is the nature of the relationship” between the employee and the other “legally domiciled adult.” “What we’re looking for is that the employee and the legally domiciled adult have been living together at the same address for six months and are financially interdependent and could swear on an affidavit as such.”

However, Father Alexander Webster, an Orthodox archpriest, pastor and moral theologian, said there is no doubt that the Michigan bishops are “yielding to secular progressive forces that are anti-Christian and anti-Jesus.”

Fr. Webster said that his recent book, The Price of Prophecy, described how the Russian Orthodox leadership largely surrendered to the Boshevik regime after the Russian Revolution, claiming they were doing so not to save their own skins but to “save the Church.”

“But when you put saving bricks and mortar ahead of standing up for teachings, you are saving a shell,” Fr. Webster added. “I was very disappointed when the Michigan Catholic Conference caved.”  All the churches, he said,  as well as Muslims and some Jewish communities in the U.S. are being subjected to the same pressure from “secular progressives.”  They are like the fabled frog in the pot of water that is heated up to the boiling point so slowly it doesn’t notice it is being cooked, Fr. Webster said. “It’s time to jump out of the pot even it if means going bankrupt or to prison.”

The Madison Center’s Bopp agrees. “What’s the point of being a religious organization if you completely abandon your religious beliefs because of the pressure of litigation?”

Maluchnik said the MCC “consulted with Catholic ethicists across the country, including the National Catholic Bioethics Center,” and determined that its approach was “compatible with the teachings of the Catholic Church” and emerging federal human rights law.

It rejected two other options that would also have been compatible: getting rid of its health plan entirely, or getting rid of benefits for spouses and other “legally domiciled adults.” Maluchnik explained the reasoning: “The Catholic Church believes in providing health coverage and believes in supporting families in this way.”

The change in coverage does not mean the Michigan Catholic Conference is changing its definition of marriage, Maluchnik said. He noted that the MCC was “the strongest supporter” of the State of Michigan’s constitutional amendment reserving marriage for heterosexual unions, and supported the state government in its ultimately unsuccessful defence of the amendment in the courts, “at every step of the way.”

LGBT Catholic activists applauded the Michigan bishops’ decision. “This is a good step forward,” said Francis DeBernardo, executive director of New Ways Ministry, a group in Maryland advocating recognition of LGBT people in the Catholic Church. But he told the Detroit Free Press that what LGBT Catholics wanted was full recognition of same-sex “marriage” by the Church.

Catholic organizations in other states are considering following Michigan’s lead, but the Archdiocese of San Francisco was the first. It extended benefits to cohabiting adults in 1996 to obey a new municipal bylaw. On the other hand, four years later, Washington, D.C.’s Catholic Charities accommodated a new bylaw in that city by dropping spousal benefits entirely, and at the same time closing its adoption agency rather than place children with same-sex couples.

John Brehany of the National Catholic Bioethics Center told LifeSiteNews, “There is nothing unethical in principle about offering benefits to employees on a basis other than marriage.”

More importantly, he said, “It is essential that, in the provision of health or other employment benefits, a Catholic institution not deny the teaching of the Church on marriage, i.e., by formally recognizing as ‘marriage’ anything other than a relationship between a man and a woman. This would be profoundly wrong and unacceptable.”

Brehany also said a church organization could ethically offer no health plan at all (though it ought to raise salaries commensurately) or one with no spousal benefits.

Brehany concluded his comments to LifeSiteNews by saying, “It appears to me that the MCC was aware of and employed these principles and distinctions in revising its benefits policy to comply with federal law.”

However, Michael Hichborn, president of the Lepanto Institute argued that the bishops’ “obscure act of compliance” takes “the coward’s way out.”

“What an insult to the early Christian martyrs.  Thousands of early Christians suffered horrible tortures and death over a mere pinch of incense so as to avoid offending God,” Hichborn told LifeSiteNews, referring to the offering Roman Christians were asked to burn before a pagan altar to escape execution.  “This, on the other hand, is the coward's way out.  It's an obscure act of compliance with an unjust law made specifically to avoid the glorious suffering God offered to the bishops of Michigan.”