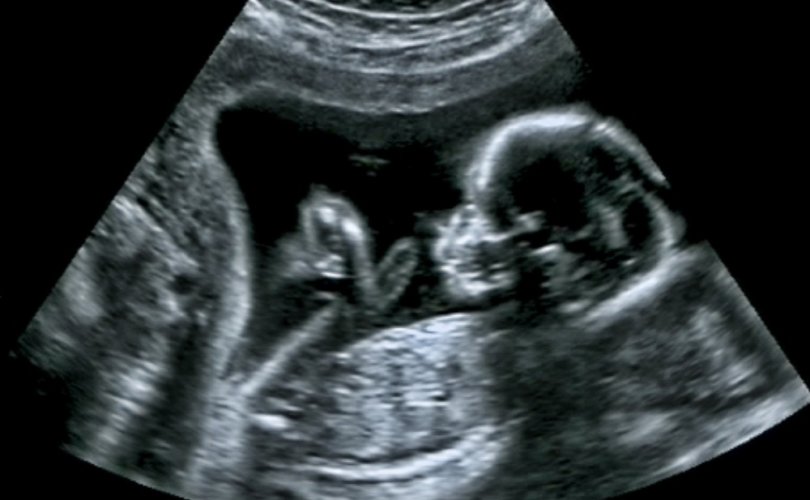 LANSING, Michigan (LifeSiteNews) — A Michigan judge on Tuesday issued a preliminary injunction against the state’s 1931 pro-life law that would have functioned to protect Michigan’s unborn babies in the event Roe v. Wade is overturned.

Michigan Court of Claims Judge Elizabeth Gleicher granted the injunction sought by Planned Parenthood of Michigan when it filed a lawsuit against Michigan’s Democrat attorney general Dana Nessel seeking to halt enforcement of the law, The Detroit Free Press reported.

Gleicher, who had previously faced calls to recuse herself from the case after she admitted she has donated money to Planned Parenthood, agreed in the decision that the big-dollar abortion corporation is likely to succeed in its legal claim that the nearly century-old law violates Michigan’s constitution.

RELATED: Judge faces calls to recuse herself from Planned Parenthood case after admitting she’s a donor

The Great Lakes State’s 1931 law had made it a felony to commit abortions except to save the life of the mother, and banned the advertisement or sale of abortion-inducing drugs.

After the U.S. Supreme Court ruled that abortion was a “constitutional right” throughout all 50 states in its landmark decision in Roe v. Wade (1973), however, Michigan’s law became a dead letter.

If the U.S. Supreme Court were to now overturn Roe, as it appears prepared to do, Michigan would have been one of 26 states to immediately fall back on older legislation outlawing or drastically restricting access to the legal killing of unborn children.

In her Tuesday decision, Gleicher noted that a reversal of Roe and subsequent return to earlier Michigan law would “completely end the availability of abortion services in Michigan.”

To prevent Michigan’s immediate adoption of legal protections for the unborn, Tuesday’s preliminary injunction will serve to halt enforcement of the old pro-life law in the event that Roe v. Wade is struck down.

“A preliminary injunction furthers the public interest, allowing the court to make a full ruling on the merits of the case without subjecting plaintiff and their patients to the impact of a total ban on abortion services in the state,” Gleicher wrote.

Michigan’s radically pro-abortion Democrat Gov. Gretchen Whitmer hailed the ruling as a victory that provides “critical relief” for residents of the state, and Nessel has affirmed that her office has “no plans to appeal” the decision.

“The judge acted quickly in the interest of bodily integrity and personal freedom to preserve this important right and found a likelihood of success in the state law being found unconstitutional,” Nessel said.

“I have no plans to appeal and will comply with the order to provide notice to all state and local officials under my supervision,” she added.

Today’s opinion is clear: Michigan’s 1931 law banning abortion should not go into effect even if Roe is overturned. Women should decide what’s best for their own bodies, end of story.

The Michigan court’s decision to secure the accessibility of legal abortion in Michigan comes as pro-life and pro-abortion lawmakers, governors, and activists have ramped up their efforts following the unprecedented leak of the U.S. Supreme Court’s draft majority opinion in the Dobbs v. Jackson Women’s Health Organization abortion case late last month.

According to the leaked opinion, the Court is poised to rule in favor of Mississippi’s 15-week abortion ban by overturning both Roe v. Wade and Planned Parenthood v. Casey (1992), which upheld Roe.

The Supreme Court is expected to hand down a ruling in the Dobbs case any day, potentially overhauling the legality of abortion in the U.S. by allowing states to decide whether to legalize or outlaw the practice.

With roughly 25 states angled to immediately ban or severely cut back on abortion access, the overturning of Roe would create a legal patchwork in which half of the country would likely permit the murder of unborn children and the other half would likely limit, restrict, or outright ban it.

It remains to be seen whether attorneys will seek to challenge Gleicher’s preliminary injunction against Michigan’s 1931 pro-life law. Tuesday’s decision came in spite of previous calls from Christian attorneys to throw out Planned Parenthood’s challenge to the pro-life law.