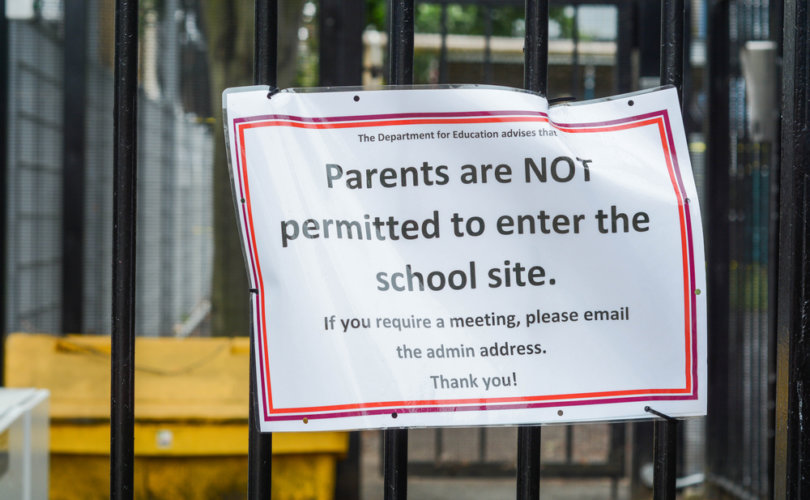 LANSING, Michigan (LifeSiteNews) – A Facebook post on the official page of the Michigan Democratic Party criticizing parents who want a say in the education of their children was taken down and replaced Monday.

The original post read, “Not sure where this ‘parents-should-control-what-is-taught-in-school-because-they-are-our-kids’ is originating, but parents do have the option to send their kids to a hand-selected private school at their own expense if this is what they desire.” The post went on to say the “purpose of education in a public school is not to teach only what parents want them to be taught. It is to teach them what society needs them to know.”

how it started how it’s going pic.twitter.com/ckRbnDgUok

“The client of the public school is not the parent, but the entire community, the public,” the post concluded. The post was originally put up on Saturday.

The post was replaced on Monday with a the new one stating that parents had a role in educating their kids. “We have deleted a post that ignored the important role that parents play – and ought to play – in Michigan public schools.” “The post does not reflect the views of the Michigan Democrats and should not be misinterpreted as a statement of support from our elected officials or candidates,” the post concluded.

Reaction to the post has been critical. Gustavo Portela, communications director for the Michigan Republican Party, speaking to FOX News, said, “Gretchen Whitmer and the Michigan Democratic Party continue to be in the pocket of teachers unions and are so out of touch with Michiganders, they believe parents shouldn’t be involved in their children’s education.”

You heard it here first, folks! @MichiganDems are ready to indoctrinate your children with what “society needs them to know.”

Does anyone want to tell them #SchoolChoice was a major issue that led to Republican @GlennYoungkin’s victory in VA? 🤔

Vote out the Democrats! pic.twitter.com/NgYV44645o

The post has drawn comparisons with a statement made by former Virginia Democrat Gov. Terry McAuliffe, who said during his failed re-election campaign last year that parents should not have a part in educating their kids, stating, “I don’t think parents should be telling schools what they should teach.” The comment helped to bring then-candidate Glenn Youngkin, a Republican, to victory over McAuliffe in November.

they didn’t learn anything from Virginia. pic.twitter.com/i1KLMT9Rwg

The post also comes amid heated school board debates in Michigan dealing with issues related to COVID-19 and critical race theory.

LifeSite reached out to the Michigan Democratic Party for comment though has yet to get a response.