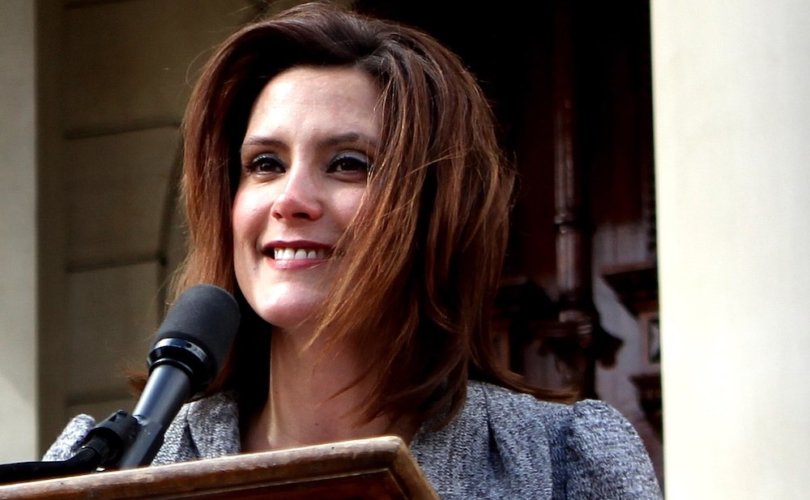 April 22, 2020 (LifeSiteNews) — Democrat Gov. Gretchen Whitmer is under fire for awarding a contract for tracing the spread of COVID-19 to a company linked to her re-election campaign, among other left-wing causes.

On Monday, the state Department of Health and Human Services announced that it was partnering with Great Lakes Community Engagement (GLCE) on a contract-tracing program meant to identify people infected with COVID-19, then identify individuals with whom they had been in contact.

However, Whitmer canceled the contract after it surfaced that GLCE is connected with K2K Consulting, an LLC owned by Democrat political operative Mike Kolehouse, and that GLCE intended to use software from the company NGP VAN, which was responsible for the email services of Whitmer’s re-election campaign, and bills itself as the “leading technology provider to Democratic and progressive campaigns and organizations.”

Via its Every Action branch, NGP VAN’s clients also include the pro-abortion National Women’s Law Center and Reproductive Health Access Project, the left-wing Rock the Vote, and the anti-Israel Jewish Voice for Peace.

A Health Department representative attempted to calm concerns by stating that the contract featured a “strict data use agreement that only allows the data collected to be used for this contact tracing project,” but Whitmer ultimately canceled the project on Tuesday, the Detroit Metro Times reports.

“I’ve been involved with grassroots activists for a little over a decade,” and “I’ve never seen anything like this on the conservative side of the ledger,” said Livingston County commissioner Wes Nakagiri, “where you’ve got this entity working with governmental bodies, dumping huge networks of information into one database. They’re asking for contact information, they’re asking for who else lives in the house — it’s troubling that this information is being stored in a Democrat-aligned database.”

This is far from Whitmer’s first scandal related to COVID-19.

She has become one of the most infamous governors in the nation for the scope of the restrictions she’s imposed, from ordering grocery stores to stop selling plants and seeds (even as lottery tickets remain available) to prohibiting travel between two private residences owned by the same individual. Her lockdown provoked a protest at the state capitol, drawing thousands of angry Michiganders, and two federal lawsuits asserting violations of Americans’ constitutional rights.

At the same time, Whitmer refuses to apply to the abortion industry the same suspension of medical services imposed on most other fields and procedures, which she justified last week on the grounds that abortion is “fundamental” and “life-sustaining.”