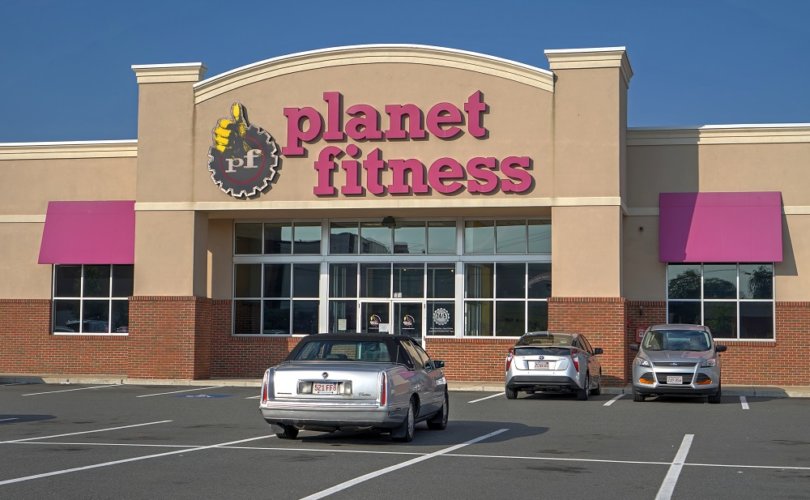 MIDLAND, Michigan, April 17, 2019 (LifeSiteNews) ― The Michigan Supreme Court will not prevent a woman from suing the gym that canceled her membership after she complained of a man in its dressing room.

Yvette Cormier had recently joined Planet Fitness when, on February 28, 2015, she discovered a man in the women’s locker room. When Cormier complained at the gym’s front desk, she was informed that it was the gym’s policy to allow access to whichever room corresponds to the sex with which a person self-identifies. According to court records, Cormier returned to the gym several times over the next few days and “warned other women about the policy and to be careful when using the women’s facilities.” In response, on March 4, Planet Fitness canceled her membership.

Now Cormier is seeking to sue Planet Fitness for having violated her rights by not revealing its transgender policy. She has accused the gym of  invasion of privacy, sexual harassment, breach of contract, intentional infliction of emotional distress, and Michigan Consumer Protection Act violations. Cormier is seeking $25,000 in damages.

Initially, Cormier’s quest for justice was unsuccessful, for the Midland County Circuit Court threw out her suit in 2016, a decision initially backed by the Michigan Court of Appeals. However, last summer, the appeals court decided that Cormier’s case could go to trial. On April 2, 2019, Michigan’s Supreme Court announced that this decision would stand.

The argument between Yvette Cormier and Planet Fitness stems from only one of a number of situations in which the rights of women — i.e., biological females — have been set aside for the convenience of males who identify as “transwomen.” Teenager Alexis Lightcap of Pennsylvania is taking her high school to court over its news transgender facilities policy.

Catholic mother Caroline Farrow of England has been questioned by police because of her publicly aired views on transgender ideology. Earlier this month, a judge in Illinois remarked, during another case regarding the use of high school girls’ private spaces by biological males, that girls have no right to “visual bodily privacy.”