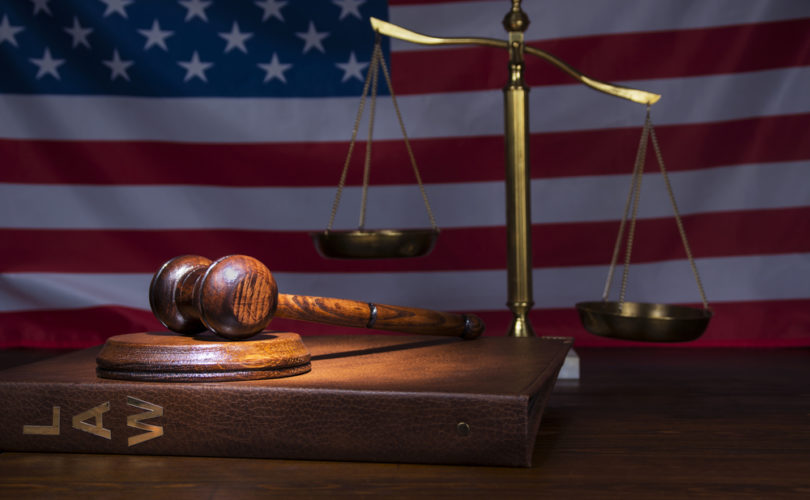 DETROIT, Michigan, November 28, 2018 (LifeSiteNews) – A Michigan judge has dismissed key charges against a doctor accused of female genital mutilation after finding a federal ban on the practice unconstitutional.

The U.S. Congress outlawed female genital mutilation (FGM) in 1996, but Judge Bernard A. Friedman ruled last week that it didn’t have the authority to do so. He stated that such regulating practices were a state responsibility and outside the purview of the federal government.

To save vulnerable girls from FGM, individual states will have to enact their own legislation. Currently 27 states have banned the practice.

According to The New York Times, the case against Drs. Jumana Nagarwala and Fakhruddin Attar, two assistants, and the four mothers of the mutilated girls was the first legal challenge to the 22-year-old law. Dr. Nagarwala is female.

The defendants were Shiite Muslims, members of the Dawoodi Bohra sect that performs FMG, traditionally when the girls are seven years old. Nagarwala was accused of performing the ritual; Attar of allowing Nagarwala to use his premises, the now-closed Burhani Medical Clinic, in Livonia, Michigan to do so; and Farida Attar and Tahera Shafiq of assisting Nagarwala.

FGM, which involves the partial or total removal of external female genitalia, is typically committed without anesthesia. It’s unclear if the Michigan FGM practitioners used anesthesia.

“Girls are usually physically held down during the procedure,” according to the United Nations (UN) and the World Health Organization, and just over 18 percent of FGM cases are committed by “health care providers.” In some countries, the procedure is carried out using glass, scissors, or razor blades to cut the girls.

Nagarwala, then working at the Henry Ford Hospital in Detroit, was arrested in April 2017. Lawyers argued that the Dawoodi Bohra ritual is only a “nick” and doesn’t include slicing off parts of the girl’s genitalia, as in other forms of FGM.

According to a recent study, up to three-quarters of women in India’s Dawoodi Bohra community have undergone FGM. Although it is not mentioned in the Koran, the “khafd” procedure is considered a religious obligation and in some cases a cultural one. The practice is common in parts of Africa as well; the UN reports that in Somalia, 98 percent of women aged 15 to 49 have undergone FGM. In Guinea, that number is 97 percent, and in Djibouti it is 93 percent.

“More than 200 million girls and women alive today have been cut in 30 countries in Africa, the Middle East[,] and Asia where FGM is concentrated,” the World Health Organization reports. “The practice is most common in the western, eastern, and north-eastern regions of Africa, in some countries the Middle East and Asia, as well as among migrants from these areas. FGM is therefore a global concern.”

In his judgement, Friedman called FGM a “despicable” practice and “a criminal assault.” However, he found that Congress cannot enact a statute against FGM because “as the the Supreme Court has stated, the federal government has no ‘plenary police power’…and ‘the clearest example of traditional state authority is the punishment of local crime activity.’”

“Federalism concerns demand that this division of authority between the federal and state governments be respected,” he continued.

Friedman also quoted the Supreme Court in saying that “[a] criminal act committed wholly within a State ‘cannot be made an offense against the United States, unless it have some relation to the execution of a power of Congress, or to some matter within the jurisdiction of the United States…’”

The judge rejected the argument that the Constitution’s Commerce Clause authorized Congress to ban FGM as interstate economic activity, concluding “there is no suggestion that the procedure is done for money,” nor “is there any suggestion that this ‘service’ is offered within anything approaching an established interstate market.” Modern courts have generally adopted a far broader view of the Commerce Clause that empowers regulating a wide variety of state activities.

According to the court documents, four of the alleged nine victims were residents of Michigan, three of Illinois, and two of Minnesota. The Canadian Broadcasting Corporation (CBC) reported that the Minnesota girls were seven years old at the time they were hurt.

A 2016 government study found that the risk of being subjected to FGM in the U.S. had tripled over 25 years.

The government has provided a helpline for American girls and women who are either at risk of FGM or have already suffered it.

The U.S. Department of State writes, “If you believe you are at risk of FGM/C [circumcision] or have undergone FGM/C, have questions about FGM/C, have information about someone who is performing FGM/C in the United States, or know of someone who may be at risk of having the procedure done here or outside the United States, please contact this number for additional information about available resources: