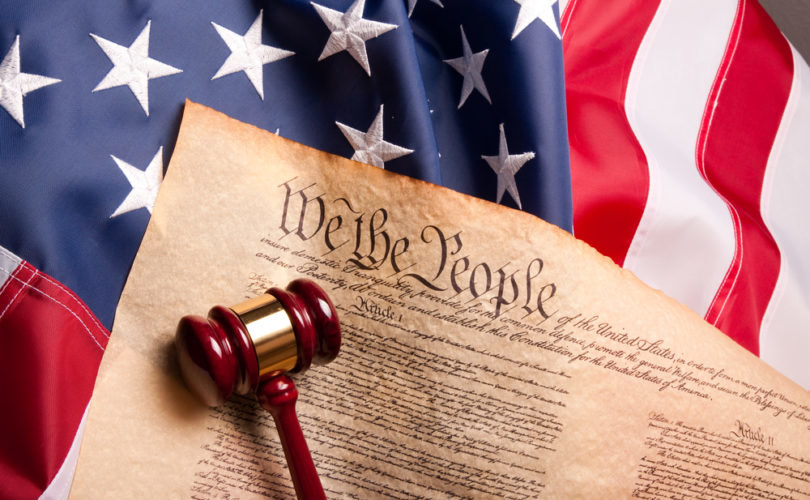 Hooker's Resolution 17 states that the Obergefell v Hodges decision is “illegitimate,” and the resolution “urges the Governor and all executive officers” to “reclaim this state's sovereignty by not recognizing or enforcing” it.

The resolution says that the Supreme Court overstepped its constitutional limits in imposing same-sex “marriage” upon the country and described the high court's ruling as a decision of “will, not judgment.” The resolution affirms that marriage – because the Constitution is silent on the issue – is a matter left to the states, under the Tenth Amendment.

Other state legislators are taking similar actions against Obergefell.  Tennessee state Rep. Rick Womick (R-Rockvale) wrote a letter saying the Supreme Court decision is void and unenforceable in the state, because it seeks to invalidate established Tennessee law.

“They don't have the power. Only Congress and state legislators have that power to create law,” Rep. Womick said. “Clerks, by ignoring the opinion, will be in violation of no federal law. All they're in violation of is the opinion of individuals in black robes.”

“We will not be controlled by an oligarchy of five individuals in black robes,” Womick said.

Mike Maharrey, national communications director for the Tenth Amendment Center, told LifeSiteNews, “James Madison wrote that all objects concerning 'the life, liberties and properties of the people' were reserved to the states. Marriage clearly falls within those categories.”

“But I'm afraid a bill like the one proposed in Michigan would set up a confrontation the state won't ultimately win,” Maharrey said, because “might tends to trump right.”

“A better approach might be to do what the Alabama legislature proposed and simply quit licensing marriages altogether and simply register marriages after the fact,” Maharrey offered. “The federal government has absolutely no say in that whatsoever. It's basically an end-around.”

“When the courts act to create de-facto law rather than by rendering of opinion, they violate the intentional separation of powers doctrine used to diffuse powers not only between separate branches of the government, but also the paradigm of the (federal) government and the states.”

“Since British history was rife with treacherous kings who packed the royal courts with those who would innately endorse their aims, the founders embraced the separation of powers,” the Tenth Amendment website explains.  “The judges serve for life to separate them from kingly and pragmatic interests.”