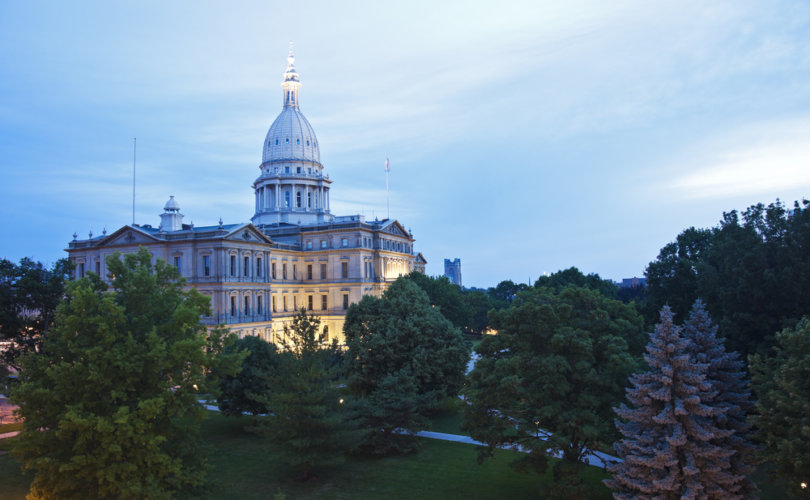 House Bills 4320 and 4321 would amend Michigan’s ban on partial-birth abortions by including the dismemberment abortion procedure, also known as a dilation and evacuation abortion (D&E). The ban has stood since 2011. In a press release, Right to Life of Michigan president Barbara Listing said, “These bills are Michigan’s response to New York’s abortion law and other states seeking to explicitly allow abortions through all nine months of pregnancy for any reason.”

Dismemberment is the most frequently-used late-term abortion procedure in the United States. According to Right to Life of Michigan, there were 1,777 dismemberment abortions in Michigan reported to the state’s Department of Health and Human Services. Of those, 98 percent occurred in the second trimester, between 13 and 24 weeks of pregnancy.

In Justice Anthony Kennedy’s opinion on the U.S. Supreme Court’s decisions in Gonzales v. Carhart (2007) and Stenberg v. Carhart (2000), which ruled on so-called “partial-birth” abortions,Kennedy wrote, “The doctor, often guided by ultrasound, inserts grasping forceps through the woman’s cervix and into the uterus to grab the fetus. The doctor grips a fetal part with the forceps and pulls it back through the cervix and vagina, continuing to pull even after meeting resistance from the cervix. The friction causes the fetus to tear apart. For example, a leg might be ripped off the fetus as it is pulled through the cervix and out of the woman.”

In Stenberg, Justice Kennedy wrote, “The fetus, in many cases, dies just as a human adult or child would: It bleeds to death as it is torn from limb from limb. The fetus can be alive at the beginning of the dismemberment process and can survive for a time while its limbs are being torn off.”

The release quoted Listing, who said, “In his opinion, Justice Anthony Kennedy rightly said that dismemberment abortions are ‘laden with the power to devalue human life.’ Tearing the arms and legs off children in the later stages of pregnancy is not a good reflection of our Michigan values.”

On March 5, Republican state senators in Michigan introduced a bill that would outlaw abortions of babies 20 weeks after conception. Senate Bill 165 would calculate conception starting from the time of the mother’s last menstrual period. By calculating thereby the age of the unborn baby, the bill would, therefore, ban abortions at around 22 weeks.

According to WEMU radio news, Republican Senator Curtis VanderWall said there is an exception built into the bill. “If the mother’s life is in jeopardy and she and the doctors come to a consensus it’s the best decision to be made, for the life of the mother that child can be taken,” he said.

WKAR quoted Democrat Senator Erika Geiss, who said the bills are not necessary, claiming that the majority of late-term abortions past 20 weeks are because of complications. Her conclusion is contrary to the findings of the Guttmacher Institute, an ally of Planned Parenthood.

SB 165 has been referred to the Senate Committee on Health Policy and Human Services. If the bill is passed, doctors committing abortions past 20 weeks of probable conception could wind up behind bars for 15 years.