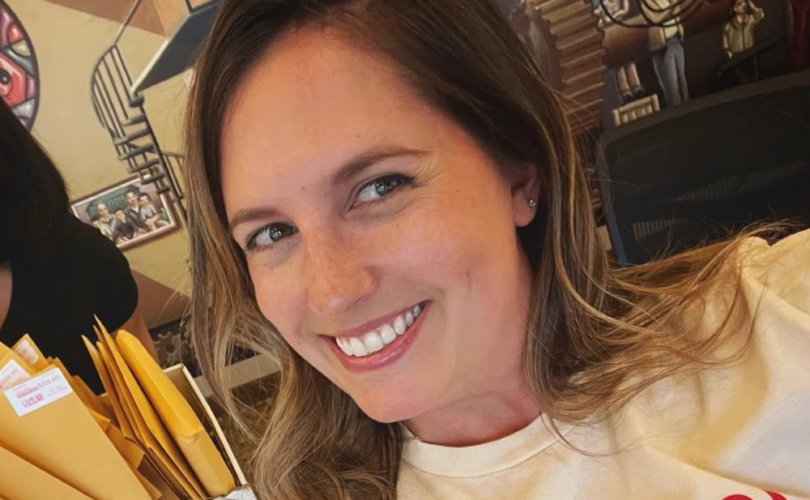 (LifeSiteNews) – Citizens of Michigan may be able to vote to enshrine a “right” to abortion into the state constitution, now that the signature threshold to present the issue on the November ballot has been met.

The proposed amendment states, “Every individual has a fundamental right to reproductive freedom,” including the right to make decisions about so-called “abortion care.”

It adds that “the state may regulate” abortion “after fetal viability” except in cases where abortion is “medically indicated to protect the life or physical or mental health” of the mother.

This means that abortion would be effectively allowed up to the moment of birth for any reason construed as vital to a woman’s “mental health.” Pro-life activists are criticizing it as an “anything-goes” measure that would allow minors to obtain abortions without parental consent.

Merissa Kovach, policy strategist with the American Civil Liberties Union in Michigan, told Bridge Michigan that the “Reproductive Freedom for All” constitutional amendment received a boost in signatures after Roe v. Wade was struck down and gathered the more than 425,059 required to appear on the ballot.

— Article continues below Petition —
PETITION: Stand WITH Justice Clarence Thomas, AGAINST Abortion Fanatics Like Hillary Clinton
Show Petition Text
2432 have signed the petition.
Let's get to 2500!
Thank you for signing this petition!
Add your signature:
Show Petition Text

Michigan is one of 13 states with a pre-Roe abortion ban, under which illegal abortions can result in penalties of up four years in prison, but a Michigan judge has temporarily blocked it, and radical lesbian Michigan Attorney General Dana Nessel has refused to enforce it.

Despite the court injunction, prosecutors in Kent and Jackson counties said they would consider prosecuting abortion providers, since the injunction only applies to the state and not to county prosecutors, according to their attorney, David Kallman.

“It’s laughable to take the position that abortion is still legal in Michigan” because of a state-level injunction, argued Kallman. “That’s ridiculous. That is simply not true.”

The largest hospital system in Michigan, BHSH System, has also said that it will abide by the law, nevertheless, and permit abortions only if “medically necessary.”

Leftist politicians and abortion providers, however, insist that the court injunction renders abortion legal. “Let me be clear – abortion is still legal in Michigan, and our doors are open,” said Dr. Sarah Wallett, chief medical officer for Planned Parenthood of Michigan, in a statement.

Nessel said she sees the constitutional amendment ballot measure as the best long-term way to ensure women can get abortions in Michigan. “I think that is the best way, the easiest way to ensure that these fundamental rights [sic] are codified into Michigan’s constitution — not just for now, but for years or decades to come,” said Nessel.

Citizens to Support MI Women and Children and the Michigan Catholic Conference have decried the amendment as “dangerous,” not only for unborn children, but for women and girls, considering its wide scope. The amendment would also enshrine a right to decisions regarding “contraception” and “sterilization,” without imposed age limits.

Citizens to Support MI Women and Children believe the amendment “would likely impact” the following: