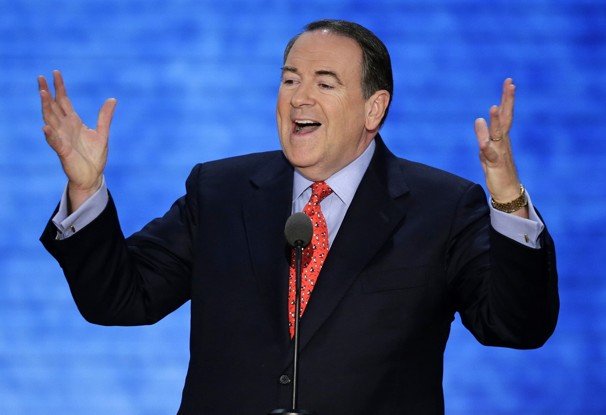 WASHINGTON, D.C., July 23, 2015 (LifeSiteNews) – The decision by the Eighth Circuit Court of Appeals to strike down North Dakota's fetal heartbeat law this week was “an unconstitutional, immoral act of judicial tyranny,” according to presidential candidate Mike Huckabee.

“No amount of liberal legalistic logic can refute what science has already settled and God has ordained: life begins at conception,” he said. “We need to end the disgusting disregard for human life that is the foundation for the infanticide that is beneath the dignity of our nation.”

The former Arkansas governor and onetime Baptist minister is so far the only Republican presidential candidate to endorse the concept of banning abortion the moment an unborn child's heartbeat could be detected, something that typically occurs six weeks into a pregnancy.

The concept splits pro-lifers, with some supporting it because it affirms a child's humanity at a far earlier stage than the concept of fetal pain underlying bans at 20 weeks. Opponents say that, while fetal pain may blaze new legal protections, advancing a heartbeat bill could lead to judicial decisions that reaffirm and strengthen Roe v. Wade and Planned Parenthood v. Casey.

A fetal heartbeat is far earlier than the bar set by the Supreme Court in its 1992 Casey decision, which forbids states from placing an “undue burden” on the “right” to abortion before the point of a child's viability.

State officials argued that, with the process of in vitro fertilization (IVF) and embryo transfer, an unborn child could be implanted in another woman's womb – and thus, the point of “viability” is just days into the pregnancy.

The Eighth Circuit Court of Appeals felt itself bound by Casey's definition of viability and struck the law down. State officials are determining whether to appeal the ruling to the U.S. Supreme Court.

That court has troubled Huckabee with a string of rulings, including its Obergefell decision to redefine marriage.

“Judicial supremacy and judicial tyranny is a threat to the very essence of America,” he said.