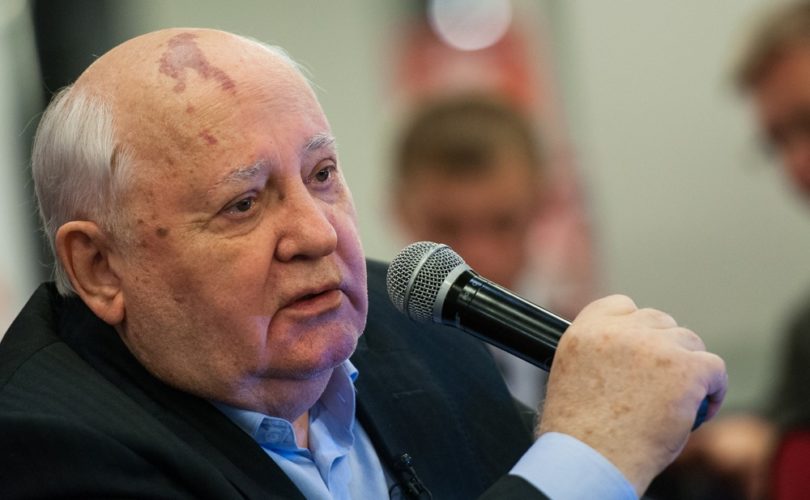 In the Soviet Union, abortion became promoted as a common form of birth control. Among the millions who suffered the pain of post-abortion syndrome was Raisa Gorbachev, the wife of the last president of the USSR, Mikhail Gorbachev.

Today, Gorbachev is remembered for his positive relationship with President Ronald Reagan, his failed attempt to keep the Soviet empire from collapsing, and his decision to dissolve the USSR on Christmas Day 1991. But his wife was a beloved figure in the impoverished last days of Marxism.

Reflecting on his wife, who passed away 15 years ago, the 83-year-old Mikhail Gorbachev remembered one of the most painful moments of their life: when they aborted their first child.

Raisa had suffered from rheumatic fever that had a negative effect on her heart. Shortly after their wedding at the end of the Stalinist era, in 1953, she became pregnant with their first child.

“The doctors said: 'Make your choice. The baby can be born alive or not, but you will lose your wife. Her heart may not cope with it,'” Gorbachev said, according to The (UK) Express.

To save her life, he made the choice to abort their child – but the decision haunted both of them forever.

“I tried to calm her as much as I could. But we had already chosen a name – Sergei, after my father.”

The Express reported that Gorbachev was “emotional” about the abortion 51 years later.

The Gorbachevs went on to have one daughter, Irina. But apparently they never forgot her older brother.