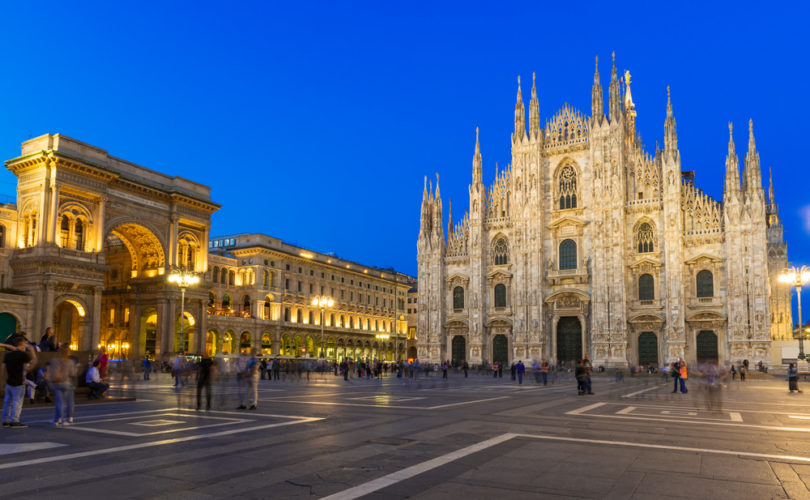 Milan, the major city of the north of Italy, is known for its more “progressive” attitude towards the life and family issues, and as such is also becoming known for a leftist backlash against those who still hold and promote traditional Judeo-Christian moral values. This was borne out recently when a high school religion teacher was suspended and then sacked for showing his students the well-known American pro-life film, “Silent Scream,” available freely on YouTube.

Giorgio Nadali, a 26-year veteran teacher at the secondary school Lyceum Cardano Milano, had his license revoked in December after showing a classroom of 16 year-olds the film that brought Dr. Bernard Nathanson into the American consciousness as a pro-life activist in the 1980s. Nadali, who is the author of several books on various religious subjects, was suspended for eight days by the school, then outright sacked by the Ambrosian Curia, the body that governs religious instruction in the schools of the archdiocese of Milan. Nadali has submitted a formal appeal to Cardinal Angelo Scola, Archbishop of Milan.

La Repubblica, the abortion-supporting leftist paper founded by atheist Eugenio Scalfari, reported that the film affected the students who came out of the classroom, describing them as “silent, especially the girls.” “Some of them came out of the classroom upset,” the paper reported, and some complained to parents who then complained to the school. Since 1978 under Italy’s abortion law, minors as young as 13 can get abortions in hospitals and affiliated clinics without permission of their parents.

According to local reports, Prof. Nadali, who is also a well-known Catholic journalist and media spokesman, had used the film in classes before, and asked the students, as part of their discussion of current social and cultural topics whether they wanted to see it. The class said they did. There was no problem at the time, but the discussion in the school lead to Nadali reportedly being called, by other teachers, “retrograde, reactionary, a terrorist” and accused of triggering a “wild uproar.”

On January 12, Fr. Giambattista Rota, Head of the Teaching of the Catholic Religion for the Curia of Milan, issued a statement to the Catholic blog “Messa in Latino,” denying that Nadali’s suspension was only because of the film.

“It is never pleasant to resort to disciplinary action against the Catholic religion teachers,” Rota said. “We do not normally make these interventions except in particularly serious cases.”

Rota said that the case of Prof. Nadali was such a case, but added that it was “certainly not for the fact that he had forwarded the video in question, much less for the content of the same.”

Rota gave no further details, saying only that Nadali’s suspension was ordered by the Lyceum’s headmaster “for events that happened within the same school” that fall under the purview of “school discipline.”

“The severity of these and the consequences on the side of the children and parents has necessitated the involvement of our responsible office. The object of the whole issue is the pedagogical and teaching ability of the professor and then the single episode in question,” he added.

Rota denied that the Archdiocese of Milan was opposed to the pro-life message of the film, adding, “Nothing could be more misleading.”

But others who have watched the Catholic scene in Milan are not impressed with such official disclaimers. Historian and social commentator Paul Deotto, writing on the website Riscossa Christiana alleges that the response by the Ambrosian Curia came after they received calls inquiring about the case from La Repubblica. “In short, we would have to think that if you want to know confidential matters, is sufficient to call in Curia, said to be a journalist of La Repubblica, and confidentiality goes to hell,” Deotto wrote.

The group Support for Women After Abortion commented that the news “frankly leaves us amazed and certainly not pleased to read. But given the current climate in a part of the Church that is more and more anxious to be in ‘dialogue’ with the world (maybe sometimes at the expense of Truth) it is probably not big news … But it is a story that honors neither the school nor the Curia Milanese.”