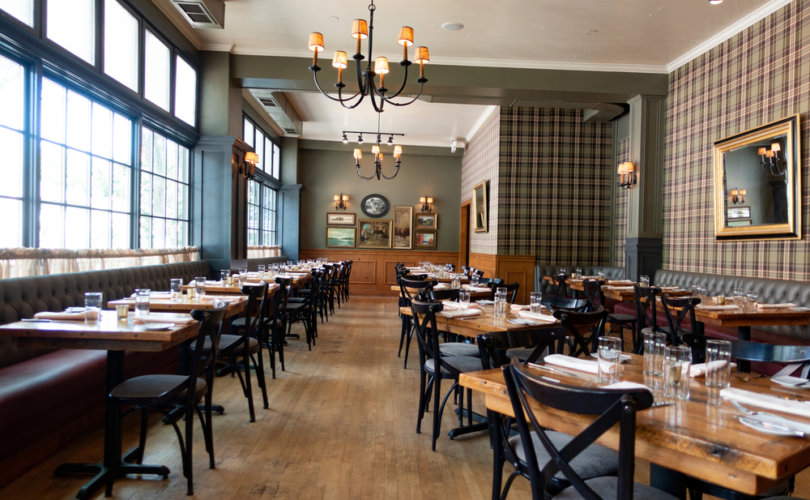 MINNEAPOLIS (LifeSiteNews) – The cities of Minneapolis and St. Paul have imposed a vaccine passport system to enter bars, restaurants and ticketed events.

Democrat Mayors Jacob Frey and Melvin Carter announced at a press conference that the  mandate will go into effect on January 19 for bars and restaurants and January 26 for ticketed events, requiring patrons to show proof of vaccination or a negative COVID test that was procured in the past 72 hours from a doctor. Only PCR or antigen tests will be allowed under the mandates. The mandates were put in place to help combat a current surge in COVID-19 cases.

“This is a critical next step to avoid closures,” said Frey. “We want to stay open, and we need to stay safer.” Carter shared Frey’s sentiment, adding, “We know that the big difference between those early stages of the pandemic and today is that we have more tools in our toolbox than ever before. … We’re not helpless against the ongoing impacts of COVID-19.” The mayors cited their emergency powers in the imposition of the mandates.

The mandates also target stadiums, cinemas, bowling alleys, convention centers, and any other place that sells food or drinks. Exempt from the mandates are retail and grocery stores, schools, hospitals, congregate care facilities, and public areas not connected to restaurants and bars.

The difference between the two mandates in terms of whom they target is that St. Paul will only target  establishments licensed by the city to sell food or drink. Also different are the people that must show proof of vaccination or the negative test.

St. Paul requires that patrons 18 years old and over must show proof of vaccination or a negative test, and those under five are exempt from the mandate. Minneapolis exempts those that are under two years old from the mandate. Those between the ages of two and five who are not eligible for a jab must show proof of a negative test. In both cities, people are considered jabbed after two weeks of taking any jab approved by the Centers for Disease Control and Prevention (CDC).

The mandate for St. Paul is set to expire in 40 days, and the mandate for Minneapolis is set to remain in effect until the surge from the omicron variant passes, according to the mayors.

The current surge in the Twin Cities has come despite the 75% vaccination rate for people above age five.

Speaking about enforcement, Frey said that it will be handled through Minneapolis’ 311 system. Violations would be dealt with by sending out warning letters, administrative citations, civil penalties, and misdemeanor prosecutions. However, he holds that he seeks to stress education and cooperation with local business.

Reacting to the policy, Michael Nowakowski, president of Ticket King in Minneapolis, speaking to KARE11, said “… my gut tells me this will have an adverse effect on the demand of event tickets in the Twin Cities. … If you have an extra thing, that extra hoop to jump through … it might turn some people off.”

Yoom Nguyen of Lotus Restaurant in Minneapolis, speaking with WCCO, was critical of the policy. “Seriously, we are going through enough stuff already. … This is another thing that we cannot handle.” Nguyen said that the policies add more worry to restaurant owners, because unlike bars, there cannot be someone at the front door to check the jab status of a patron.

“There’s no way I’m going to hire someone to stand here at the front door and to check IDs. … What do we do when people are picking up food for to-go orders, delivery drivers, there are a whole bunch of things that come along with this that doesn’t make sense to us.”

The new mandate puts the Twin Cities in the company of other Democrat-run cities that have imposed similar mandates, such as New York, Chicago, and San Francisco.

The Twin Cities imposed an indoor mask mandate last week in an attempt to help stop the spread of the omicron variant.

Carter’s administration was the subject of a lawsuit from three unions suing to have a test option for a jab mandate that impacted city employees. The mandate was supposed to go into effect on December 31 but was suspended by a judge pending litigation.