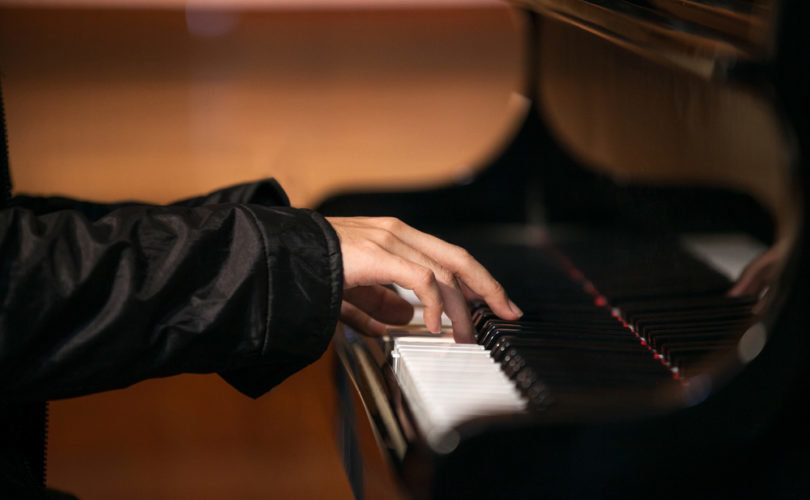 The pastor of a Minnesota Catholic church whose music director is being removed from parish ministry after entering into a homosexual “marriage” said the man’s “decision to marry” was “an honest and open expression of who he is and how he lives his life.”

“Some of you may know that last weekend Jamie married his long-time partner, Garrett,” the priest said. “Their wedding was legal and recognized by the state of Minnesota. It was also a ceremony that symbolized the love these two people have for one another and their desire to make a lifelong commitment to each other. I am happy for Jamie and Garrett and wish them nothing but happiness.”

After Archbishop John Nienstedt of St. Paul and Minneapolis was contacted about Moore, he met with parish staff. The parish has said that Archbishop Nienstedt asked for Moore to resign.

“During that visit, I spoke to the Archbishop of Jamie’s personal integrity and the struggle involved in coming to his decision to marry,” Father White said. “The Archbishop was thoughtful, and genuinely moved to hear of Jamie’s deep desire to be faithful to the Church. But in the end, the Archbishop could not find a way to reconcile Jamie’s decision to marry with the teachings of the Church. I respect that. Subsequently, Jamie then offered his resignation.”

Father White’s address at Mass, also posted on the St. Victoria website, came with extra attention resulting from the situation with his liturgist and speculation in the media about the man having yet to resign, and also retaining an attorney to sue Archbishop Nienstedt for aiding and abetting discrimination.

“Jamie Moore has voluntarily resigned from his position at St. Victoria and I have accepted that resignation,” Father White told parishioners. “He asked me to say on his behalf that he has not hired an attorney and has emphatically stated that he is not going to sue anybody.”

Archbishop Nienstedt has remained a consistent target of public attack for his steadfast upholding of Church teaching, particularly in the area of marriage.

The archbishop issued a statement in regard to the situation at St. Victoria after meeting with staff, saying that the teachings of the Church must be upheld, including the pastoral response of working with an employee whose actions are contrary to the Catholic faith.

“The public and private conduct of church employees can inspire and motivate people, but it can also scandalize and undermine their faith,” Archbishop Nienstedt said. “Church employees must, at all times, recognize and accept the responsibilities that accompany their ministry.”

Speaking to St. Victoria parishioners this past weekend about Moore’s removal, Father White said that the parish had experienced what feels like a death in the family.

“If you feel like this news is a kick in the stomach, I understand,” Father White said. “It’s exactly how I feel.”

Father White said Moore’s situation was a result of “everyone acting honorably out of their convictions,” but also “speaks to the gap between understanding how to be faithful to Church teaching and yet remain true to one’s self as we stand before God.”

“Perhaps ultimately it’s about contrasting visions of what it means to be Church,” Father White said.

The priest told the press after Mass that he had been aware that Moore wanted to “marry” his partner, and that while he “respects the archdiocese’s prerogative to request a termination,” Moore is “still welcome to worship at the church.”

In his message, also printed in the bulletin, he said Moore’s decision was “done with personal integrity, and with the knowledge that such a marriage is in conflict with the teachings of the Church.”

The parish printed a letter from Moore in the bulletin as well.

In it Moore said he still feels St. Victoria can “proclaim loudly and proudly” the message of one of his favorite hymns, “All Are Welcome.”

“While there are some who don't welcome everyone into the greater Catholic Church, I know that the vast majority of people at St. Victoria live lives that are truly examples of the way Christ would live; free of judgment, filled with love.”

Moore had told the local Fox affiliate last week that he was “definitely being forced out.”

“I was born and raised Catholic,” he said. “I love the Catholic faith. I don't want someone else — the Archbishop, anyone else — to stand in my way to practice my faith.”

1
Here’s why I regret paying off my student loans
2
Radio host injured by COVID jab says media ‘don’t want to hear’ about adverse events
3
Abp. Viganò: Pope Francis has displayed ‘unequalled duplicity’ in his treatment of Cardinal Zen
4
With Roe v. Wade in the balance, Supreme Court announces next round of rulings coming Monday
5
Bishops silent as Catholic land worth $208 million earmarked for abortions in Ireland
Subscribe to Daily Headlines »