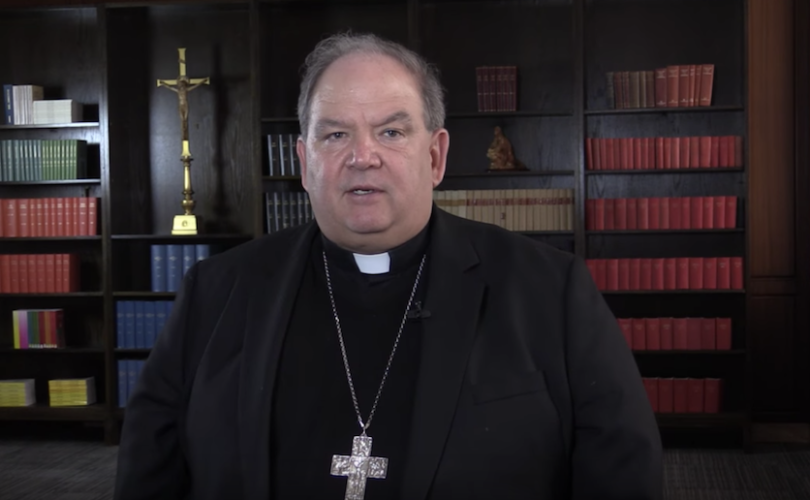 SAINT PAUL, Minnesota, September 17, 2018 (LifeSiteNews) – An American archbishop says that he is “at a loss” about a Vatican whistleblower’s allegations against Pope Francis as he trusts both the whistleblower and the pontiff.

In an official statement published on the archdiocesan website, Archbishop Bernard A. Hebda of the Archdiocese of Saint Paul and Minneapolis described his quandary.

“Having had good reasons to place my trust in both Pope Francis and Archbishop Viganò, I am personally at a loss as to how to evaluate the claims that have been made by the Archbishop,” he wrote. “Based on my experience in this Archdiocese, I believe that some form of an independent review led by credible outsiders is the only way to resolve such situations and restore trust.”

The principal aim of Hebda’s communication was to address the current crisis raging in the Church and to reassure Catholics that the archdiocese has acted, and continues to act, to prevent future clerical sex abuse and treat victims fairly.

“Working with the lay volunteers on our Archdiocesan Ministerial Review Board, Corporate Board of Directors and Finance Council, along with many other volunteers, employees and clergy throughout the Archdiocese, we have constructively and openly confronted our failures – the failures that led to criminal and civil charges, bankruptcy, a loss of trust and a weakening of our moral voice,” the archbishop wrote.

“Although we have more to do, we have come a long way,” he continued. “In 2015, we entered into a far-reaching Settlement Agreement with the Ramsey County Attorney’s Office that requires us to take verifiable actions to prevent future abuses.”

Hebda assured readers that this agreement has improved how the archdiocese responds to victims, holds priests accountable, accepts and forms seminarians, trains   priests, employees, and volunteers, and educates Catholic schoolchildren.

“It has helped to improve our culture,” he continued. “We have not only abided by that agreement, but have done more than it requires. This has been verified in court every six months. More recently, we worked with victim survivors to file a joint plan in the bankruptcy court that financially compensates those who have been harmed in our Archdiocese.”

The diocese has also given greater oversight to lay leaders in its governance, and lay leaders are already involved in making bishops accountable.

“Based on the Ramsey County Settlement Agreement, when an allegation is leveled against an auxiliary bishop or archbishop, the Director of Ministerial Standards and Safe Environment is required to notify the Corporate Board,” the archbishop explained.

“Thus, the allegation is made known to lay leadership who have duties to provide oversight and fulfill their fiduciary responsibilities. Moreover, a claim today cannot be settled without the knowledge and involvement of our lay leaders. Both of those measures of accountability are new, and critically important.”

Hebda stressed his support for lay leadership even further, and said that any cleric – including a Pope – who abuses minors or enables their abuse should be held accountable.

“Regarding accountability for bishops around the world: I fully support engaging lay leadership,” he explained. “Church leaders must be judged by outsiders who have the independence, objectivity and expertise to be fair and credible. We need the assurance that any cleric – whether a newly ordained priest or a Pope – who abused minors or knowingly protected or enabled such abusers, will be held accountable.”

Hebda did not restrict his thoughts to minors, saying that the same was true for “those who abuse their position to take advantage of vulnerable adults, persons receiving spiritual care or seminarians.”

The archbishop recommended oversight boards worldwide modelled on Saint Paul-Minneapolis Archdiocese’s own review board to address allegations of misconduct against bishops and archbishops. He also said the Church would benefit from the appointment of “trusted outsiders” to assist.