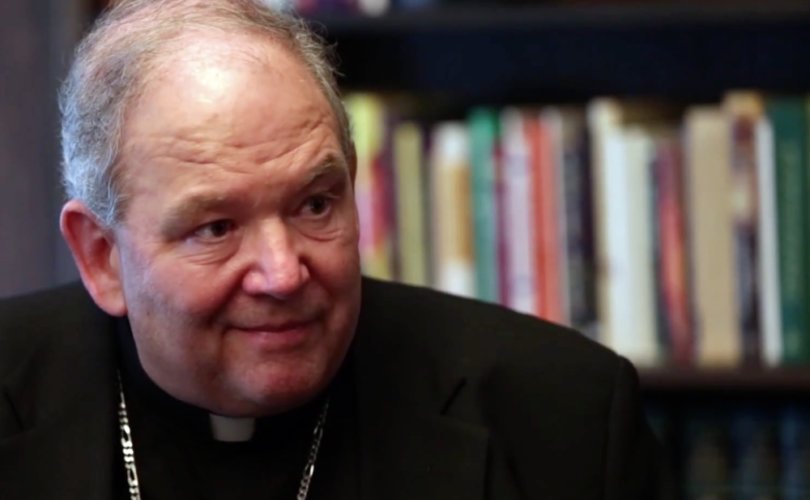 ST. PAUL, Minnesota, March 9, 2020 (LifeSiteNews) — The bishops of Minnesota have released new human sexuality and sexual identity “guiding principles,” which ignore prevailing secular gender theory and insist that schoolchildren be related to according to their true biological sex.

The document is titled “Guiding Principles for Catholic Schools and Religious Education Concerning Human Sexuality and Sexual Identity” and says sexual identity as it relates to a child’s biological sex is a “gift from” God that cannot change.

It goes onto say that Catholic schools should “relate to each student in a way that is respectful of and consistent with each student’s God-given sexual identity and biological sex” and gives examples of how the “guiding principles” should be applied to Minnesota Catholic schools.

The first point of the “guiding principles” document states, “All school policies, procedures, resources, employee training, and assistance given to families are consistent with the Church’s teaching on the dignity of the human person, including human sexuality.”

It then lists examples of how the “guiding principles” can be applied in a school setting, but when the term “sexual identity” is used, the direct reference to “biological sex” does not appear in parallel, but the term, “see definitions” is used as can be seen in the example below. The full list can be read at the link above.

3. Student access to facilities and overnight accommodations will align with his/her sexual identity[.]

4. Eligibility for single-sex curricular and extracurricular activities is based on the sexual identity of the child[.]

5. Expressions of a student’s sexual identity are prohibited when they cause disruption or confusion regarding the Church’s teaching on human sexuality[.]

In an analysis of the bishops’ “guiding principles” document for LifeSiteNews,  Dr. Jennifer Roback Morse, Founder and president of the Ruth Institute, an international interfaith coalition to defend the family, said it is of significance the document used the term “sexual identity” and not the term “gender identity.”

Morse asked LifeSiteNews to provide readers with her in-depth analysis of the term “gender,” which you can read below.

The Minnesota bishops’ document does not form official policy, but rather serves as a “guide” for schools to use in the development of their own policies. LifeSiteNews reached out to officials in the Archdiocese of St. Paul and Minneapolis to provide context as to how the bishops will oversee schools adopting the “guiding principles.”

Executive director Jason Adkins of the public policy arm of the Minnesota Bishops, the Minnesota Catholic Conference (MCC), said it is up to “each individual diocese to work with schools and parishes, and ministries to put the principles into practice.”

As reported in the official news outlet for the Archdiocese of St. Paul and Minneapolis, The Catholic Spirit, the bishops adopted the guidelines last June, before their public debut in February of this year by the MCC. This was around the same time the Vatican’s Congregation for Catholic Education released the much debated document “‘Male and Female He Created Them’: Towards a Path of Dialogue on the Question of Gender theory in Education.”

According to The Catholic Spirit’s report, the bishops’ “guiding principles” document was created as a response to the call to action from the Vatican’s document, as well as Pope Francis’s teaching on the issue from as far back as 2015.

The Vatican document urged a “path of dialogue” with regard to “gender theory” in schools and was described as a “toothless lion” in an analysis posted on LifeSiteNews by Catholic sociologist Gabriele Kuby.

Dutch Catholic psychologist Dr. Gerard J.M. van den Aardweg also gave a critique blasting the Vatican document on gender theory, saying it did not have “one sentence of sound advice for parents who try to educate their children towards the virtues necessary for a Christian life.”

Auxiliary bishop Andrew Cozzens, who serves as the Archdiocese of St. Paul and Minneapolis’s vicar for Catholic education, said about the “guiding principles” document, “One of the things we have to do in our pastoral care is be willing to stand with people in their pain, and walk with them with an eye toward the greater good.”

“We knew that we had to do this in a way that’s calling people to a higher standard of these truths than our culture currently is, to help people get beyond the ideology and to the truth of who they are,” he added.

LifeSiteNews asked the archdiocese if the term “sexual identity” might be construed as unclear in relation to biological sex due to the document wording.

The crucial distinction is between the words “sex” and “gender.” Sexual Revolutionary activists created the term “gender” to stand for everything that is culturally conditioned or created. This term is in opposition to “sex” which is based on the biological differences between men and women, and which is presumably, less subject to cultural change or manipulation. These same activists then turn around and apply the term “gender identity” in a cavalier manner. The activists suggest (without proof) that a person can change their personal identity, not simply the behaviors that are culturally associated with biological sex differences. This is the basis for the idea that “gender affirmation” which “affirms” the child’s “gender identity” is not only possible, but desirable and necessary for the child's mental health. This is a verbal sleight of hand.