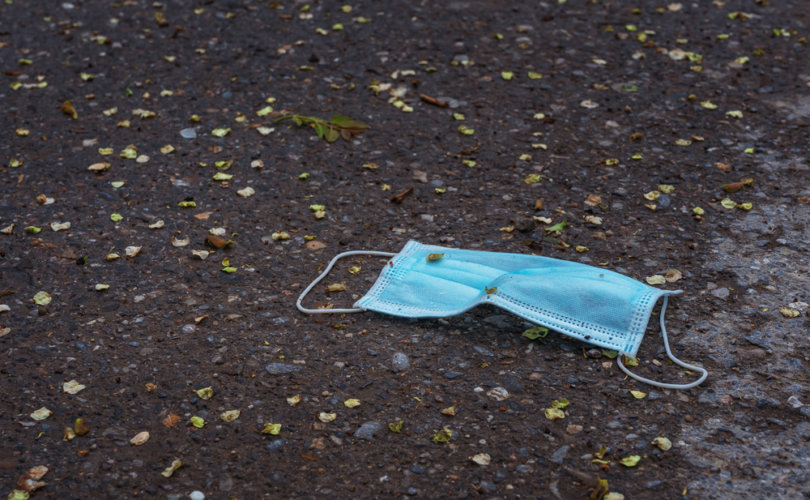 The school board of St. Croix Prep voted unanimously to expel the student, who has an individualized education program (IEP) for delayed speech and other learning problems, on December 2. The child’s parents had petitioned for weeks to overturn the school’s mask mandate in their child’s case, which went into effect on September 7.

Abby and Jake Lee, the student’s parents, provided an exemption to the mask mandate from a licensed medical provider, following Minnesota law, and offered alternatives to the school to keep their son and others safe. The Lees say the school offered no accommodation and suspended the boy four times since September, causing him to miss critical class time.

The school will not discuss the matter, says Jon Gutierrez, executive director of the taxpayer-funded school,

“As a general matter, the school does take appropriate remedial action, including progressive disciplinary action when warranted, for willful violations of reasonable School Board regulations and does so within the confines of the Pupil Fair Dismissal Act and all other applicable state and federal laws, which includes students receiving special education services,” said Gutierrez.

The academy serves 1,200 students from kindergarten through 12th grade, but only K-8th grade students were required to wear a mask during school hours, says Jake Lee.

Having a different mask policy by age appears to be related to the demand for slots, says Lee.

Expelling a student for a nonviolent offense seems a disproportionate punishment, given the leniency shown toward students involved in an altercation captured on video, says Matt Dean, a former Minnesota state senator and now a senior fellow in health care at The Heartland Institute, which co-publishes Health Care News.

“Last year, parents in the Maple Grove school district packed into a school board meeting to protest the decision not to expel two students who grabbed the hair of a middle-school girl, threw her to the ground, punched and kicked her with over 20 blows to the head and upper body, and brutally pulled her head up as she lay in the fetal position to receive more blows to the face,” said Dean.

“Only in Minnesota could two violent middle-school students get a four-day suspension for landing two dozen blows to the head of a defenseless girl lying on the ground while expelling a six-year-old boy for not wearing a mask,” said Dean. “Parents are not afraid of COVID; they are afraid of violence in the schools.”

The school’s mask mandate isn’t based on evidence, says Twila Brase, R.N., president and co-founder of the Citizens’ Council for Health Freedom.

“In fact, the expulsion is anti-science,” said Brase. “The real science of mask mandates is that they don’t work. The holes in the fabric are too big and the virus is too small. With two years of statistics under our belts, it’s clear that masks have not stopped COVID from spreading.

“The school is upending this child’s education without cause,” said Brase. “The school’s mission to care for and educate the child has been replaced by blind compliance with a false and unscientific narrative. The child is learning a lesson he won’t likely ever forget: that schools prioritize harmful government directives over the necessary education of a child.”

The Individuals with Disabilities Education Act (IDEA) requires schools to make reasonable accommodations for students, says Marilyn M. Singleton, M.D., J.D., a board-certified anesthesiologist and past president of the Association of American Physicians and Surgeons.

“The IDEA requires public schools to provide an environment suitable to the child’s individual needs,” said Singleton. “For example, the California Department of Education has made it clear that if children and people with certain disabilities are unable to wear a mask properly or cannot tolerate a mask, they should not wear one,” said Singleton. “Students with disabilities must not be excluded from educational environments if their disability prevents them from wearing a face cover.

“The school can meet its duties by providing accommodations such as different types of face coverings and/or face shields, environmental changes to the classroom—for example, increased spacing between students, plexiglass barriers, seating a student near ventilation or air purification equipment—or instruction and/or services provided outside, in the home, or in another setting,” said Singleton.

It is difficult for his child to understand the school’s ban, says Jake Lee.

“The impact on my son has been heart-wrenching to watch,” said Lee. “Even two nights ago, he showed his continued confusion by asking, ‘Wait, am I never going back to my class?’

“He misses his classmates, but especially his teachers,” said Lee.

Lee says he is considering civil action against the school.

“I don’t know if I want him to go back, given the current administration, but I want to pursue it legally because this shouldn’t happen,” said Lee.