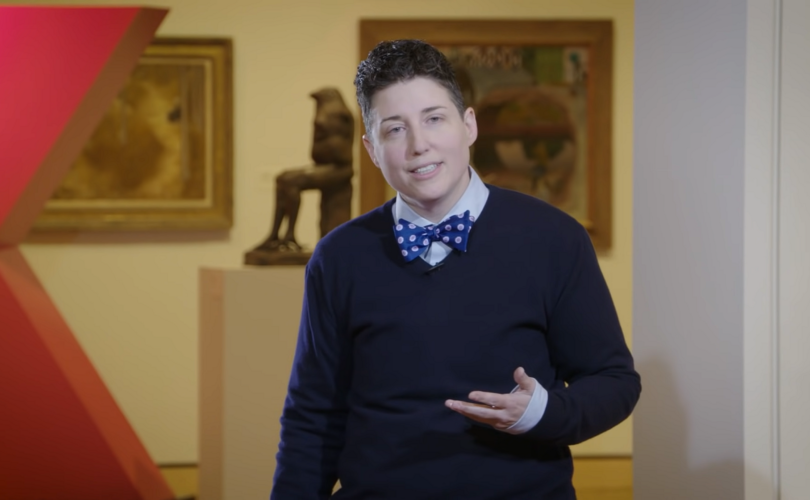 (Alpha News) — A pediatrician who works as director of the “gender health program” at Minnesota’s largest children’s hospital believes kids as young as three-years-old can claim a “transgender identity.”

A two-minute clip from Dr. Angela Kade Goepferd’s 16-minute TED talk from September 2020 recently went viral. In the clip, Goepferd claims children have the ability to determine the “truth about their identities” around the time they start talking, even if it “doesn’t line up with other people’s expectations.”

“It shouldn’t surprise you then that some transgender kids are claiming their identities as young as three and four years old. They know the categories. They know how they should feel inside based on their anatomy, and they also know the way that they see themselves doesn’t line up with other people’s expectations,” Goepferd said. “From as young as some kids can talk, they’re explaining to their parents the truth about their identities.”

Goepferd, who serves in multiple roles at the Children’s Minnesota Hospital, then described how she has “tried to expand [the] gender categories” of her three young children.

“So instead of saying to them, ‘These are boy parts’ and ‘These are girl parts,’ we taught them that ‘most boys have penises’ and ‘most girls have vaginas,’ just so we’ve opened the possibility that biology isn’t destiny, and that how someone feels inside, or their gender identity, may not line up with expectations based on anatomy,” Goepferd said.

Director of the “Gender Health Program” at @childrensmn says kids can know they are transgender from the moment they can talk and that not all boys have penises.

Children’s Minnesota has two primary facilities in Minneapolis and St. Paul and is considered one of the premiere pediatric hospitals in the United States.

A new poll shows the majority of Americans, including a narrow majority of Democrats, believe children should not have access to puberty blockers and transgender surgeries. Republican lawmakers in several states are reportedly considering bans on transgender drugs and procedures.

The normalization of transgender ideology has largely taken place in public schools. For instance, the Minnesota-based pro-LGBT advocacy group Gender Justice released a “public education toolkit” at the beginning of the academic year to pressure schools into promoting transgenderism.

“With increased attacks and disinformation on transgender students and athletes on the rise in our country, it’s important to keep communities informed about their rights and the resources available to them,” Gender Justice Executive Director Megan Peterson said in a September statement.

Reprinted with permission from Alpha News.