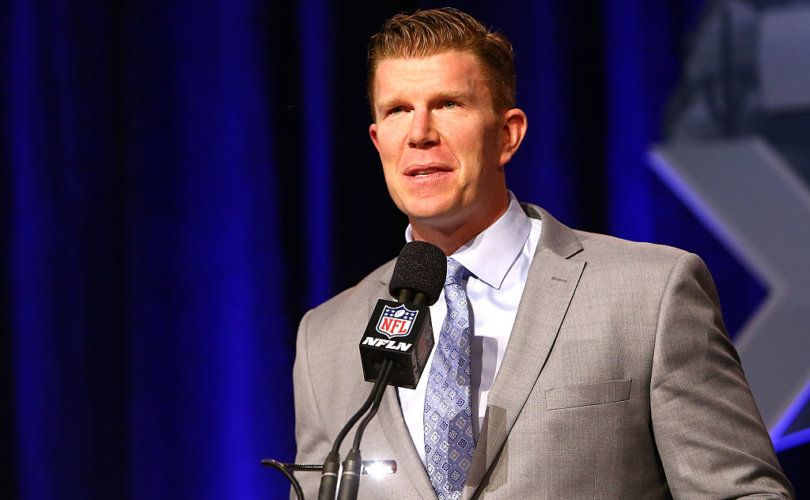 (LifeSiteNews) — Republican gubernatorial candidate Dr. Scott Jensen has picked a pro-life, Catholic father of eight to be his running mate in the 2022 elections. The GOP primary will be held August 9, and the winner will take on Democratic-Farmer-Labor Governor Tim Walz.

“I’m proud to announce my running mate, Matt Birk,” Jensen, a former state senator and a critic of lockdowns, announced on March 8. “We are in the 4th quarter. We need a teammate who LOVES MN and wants to help it thrive.”

Birk, a former player for the Minnesota Vikings and Baltimore Ravens, is outspoken in his support for life and Biblical marriage. He is also skeptical about the abortion-tainted COVID shots. “I won’t be in line. I won’t get the Covid vaccine,” he said in December 2020.

He regularly speaks at Catholic and pro-life events. Birk famously declined to meet with pro-abortion President Barack Obama in 2013 after the Ravens won the Super Bowl. Prior to the White House invitation, Obama had spoken at a Planned Parenthood fundraiser. “Thank you Planned Parenthood. God bless you,” Obama said.

“I am Catholic. I am active in the pro-life movement, and I just felt like I couldn’t deal with that,” Birk said. “I couldn’t endorse that in any way.”

“It was because of my faith and my pro-life conviction, but ultimately, it was because of my kids,” Birk told LifeSiteNews in 2016. “I want to not just talk about my faith, but I want to live it out too. And a few years ago, some of the older ones [were] aware of Planned Parenthood and what occurs there, and so, I wanted to set the example for them and be a dad that they could be proud of.”

His faith also motivated him to speak out against attempts by homosexual activists to redefine the civil definition of marriage to include two men or two women.

“Bonding one man and one woman together through marriage helps connect both moms and dads to their kids; that’s why the state cares about marriage in the first place,” Birk wrote in 2012, in support of a proposed Minnesota constitutional amendment proposal to ensure the state only recognized marriage as between one man and one woman. “Society should always be looking for ways to strengthen marriage, rather than redefine it.”

Preparing the next generation of Catholics is also important to the Birk family, beyond their own dedication to raising eight kids. He helped start Unity High School, a new Catholic high school in Minnesota.

“[W]hat we really want to do, what we think we’re doing is giving kids a foundation, putting them on a trajectory to thrive in life, regardless of their path,” Birk told the Pioneer Press in 2019. “And that starts with giving them a firm foundation in their faith.”