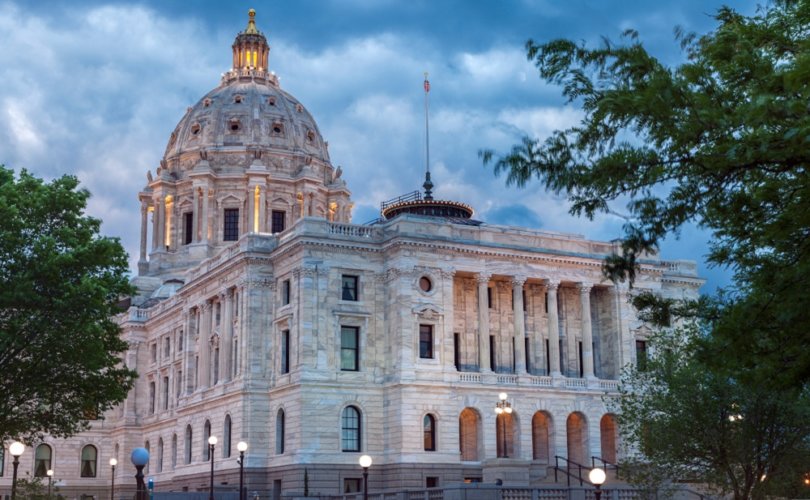 The so-called Protect Reproductive Options (PRO) Act asserts a woman’s “fundamental right” to “continue the pregnancy and give birth, or obtain an abortion, and to make autonomous decisions about how to exercise this fundamental right,” declares that this “right” is contained in the Minnesota Constitution’s “principles of individual liberty, personal privacy, and equality;” and forbids localities from “regulat[ing] an individual’s ability to freely exercise the fundamental rights set forth in this section in a manner that is more restrictive than that set forth in this section.”

Earlier this month, Republicans proposed amendments limiting late-term and partial-birth abortions, but they were rejected by the Minnesota House Health Finance and Policy Committee.

Alpha News reported that the PRO Act passed the full house by a nearly party-line vote, 69-65. One Democrat, state Rep. Gene Pelowski, joined all Republicans in opposing it.

“I know that not every positive pregnancy test is a celebration and not every ultrasound appointment ends with good news. I, as a politician, have no business making that decision for someone else,” claimed the bill’s lead sponsor, Democrat state Rep. Carlie Kotyza-Witthuhn.

“If this becomes law, a school counselor can take a student to an abortion clinic without their parents’ knowledge,” Tim Miller, executive director of Pro-Life Action Ministries Action, has warned. “An unborn child can be murdered up to one second before they leave their mother’s birth canal. There will be no requirement for an abortion to take place in a clinic setting and a doctor is no longer needed.”

“Let’s be clear: The PRO Act would mean it’s legal for any baby to be aborted, for any reason and at any time up to birth,” said Minnesota Citizens Concerned for Life co-executive director Cathy Blaeser in response to the House’s passage of the bill. “The absolutist extremism of this bill would put Minnesota in the company of just a handful of countries worldwide, among them China and North Korea. Mothers and babies deserve a far more humane and compassionate approach.”

Democrats also control the Minnesota Senate. But given they only enjoy a one-seat margin in the chamber, pressure on Democrats from more moderate districts could conceivably derail the PRO Act from reaching Democrat Gov. Tim Walz’s desk for a signature.