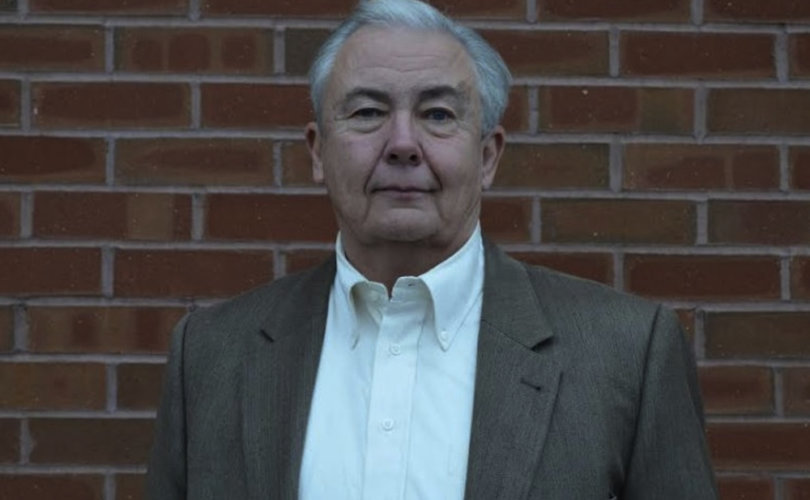 Evan Thomas, 64, is transitioning from a woman to a man.The American Civil Liberties Union

RAMSEY COUNTY, Minnesota, November 18, 2016 (LifeSiteNews) — A Minnesota judge has ruled that taxpayers must foot the bill for “gender reassignment” surgeries for the poor.

District Court Judge William Leary decreed that a law prohibiting the use of tax funds for sex change operations was unconstitutional, essentially declaring that gender-confused persons on Medicaid have a Constitutional “right” to genital surgery.

The American Civil Liberties Union of Minnesota (ACLU) sued the state in the case of a 64-year-old woman who wants a double mastectomy in order to appear more like a man.

Evan Thomas is taking sex change drugs and receiving counseling to help her “transition” into a man. She will now have mastectomy surgery, paid for by Medicaid.

Previously, the state’s Medical Assistance and MNCare programs would not pay for elective vaginoplasty, phalloplasty, hysterectomies, and mastectomies, but would provide surgeries for legitimate medical needs.

“OutFront Minnesota is delighted by this ruling,” the homosexual activist group's legal director, Phil Duran, wrote in a statement. “And it could have broader impact on protection of transgender people in schools and other state government programs.”

In July, President Obama issued changes to ObamaCare that force state Medicaid plans to cover sex change operations, set to go into effect nationwide on January 1. Since those changes were announced, the Minnesota Department of Human Services has been preparing to implement them and supports Judge Leary's ruling.

“Th(is) district court order brings the state into compliance with (Obama's) federal rule, and ensures the department may provide this service to Minnesotans,” an agency statement read.

Thomas claimed that having the surgery was “a matter of life and death,” because “feeling you are in the wrong body can be devastating.” She admitted having serious bouts of depression and suicidal thoughts.

She explained that in puberty she felt that parts of her body didn't belong to her “as if parts of it belonged to another species.” She has been diagnosed with “gender dysphoria.”

Thomas' lawsuit against the state claimed that if the 64-year-old didn't receive a double mastectomy, she would suffer “significant psychological distress.”

President Obama's changes to the Affordable Care Act could be rescinded by the incoming Trump administration.  The president-elect's recurring promise on the campaign trail was to “repeal and replace” ObamaCare.