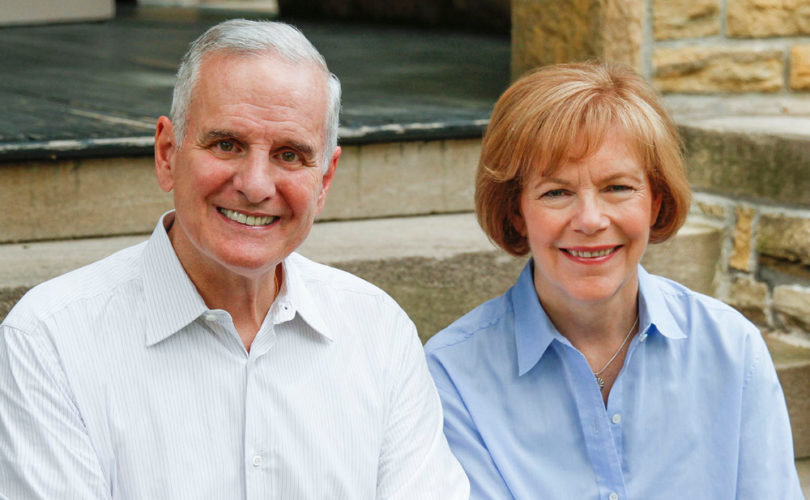 With Election Day less than two weeks away, one Minnesota pro-life group is saying voters should reject Democratic Lt. Governor nominee Tina Smith because of her past ties with Planned Parenthood.

Smith, who has served as incumbent Gov. Mark Dayton's chief of staff since 2011, has transitioned to join Dayton's re-election effort as his running mate. However, Minnesota Citizens Concerned for Life says Smith's background as a vice president for Planned Parenthood from 2003 to 2006 should disqualify her from holding the state's second-ranking politician.

In a blog post, the pro-life group notes that Planned Parenthood did more than 10,000 abortions in Minnesota during her three-year tenure.

Additionally, they said, Smith testified against a 2005 bill that — for the first time — would give state grants to “positive abortion alternatives,” such as adoption agencies.

According to Minnesota Public Radio (MPR), Smith told legislators that state money should not be given to groups that do not provide abortions because they mislead pregnant women about their legal rights when it comes to pregnancies.

“And when any of us seeks medical care, we expect all of the facts, not just some of them,” Smith said at the time, according to MPR. “This is the standard of care that is available every day in health care clinics and doctors' offices across Minnesota, including in Minnesota's 22 family planning clinics.”

When a Republican at the legislative hearing asked Smith why Planned Parenthood referred just 2,000 women in the U.S. for adoptions in 2002 — compared to carrying out nearly 250,000 abortions — Smith seemed to avoid the question, saying, “We are here today in order today to urge the committee to dedicate taxpayer funding to programs that provide women with a full piece of information about all of their options.”

In 2011, the Planned Parenthood of Minnesota, North Dakota, and South Dakota Action Fund honored Smith “for her passion and commitment to Planned Parenthood.” Smith was serving as Gov. Mark Dayton's chief of staff at the time.

According to OnTheIssues.org, Dayton had a record mostly in favor of abortion prior to becoming governor. In 1998 he said that he opposed late-term and partial-birth abortions, but during six years as a U.S. senator he opposed the 2003 partial-birth abortion bill — which helped him garner a 100 percent rating from NARAL that year. He also supported legislation that would make it a crime to hurt an unborn child while engaging in another crime, but opposed parental notification.

Since being elected to his first term in the 2010 elections, Dayton has been a reliable abortion supporter. In 2011, he vetoed legislation that would have stopped state funding of abortions for low-income women, and a bill that prevented any abortions after 20 weeks' gestation. Minnesota Citizens Concerned for Life notes that he opposes other modest pro-life measures, such as safety measures for mothers getting abortions.

Dayton and Smith lead Republicans Jeff Johnson and Bill Kuisle by at least nine points, according to Real Clear Politics' average of polls. Johnson's website says he is pro-life “from conception to natural death.”