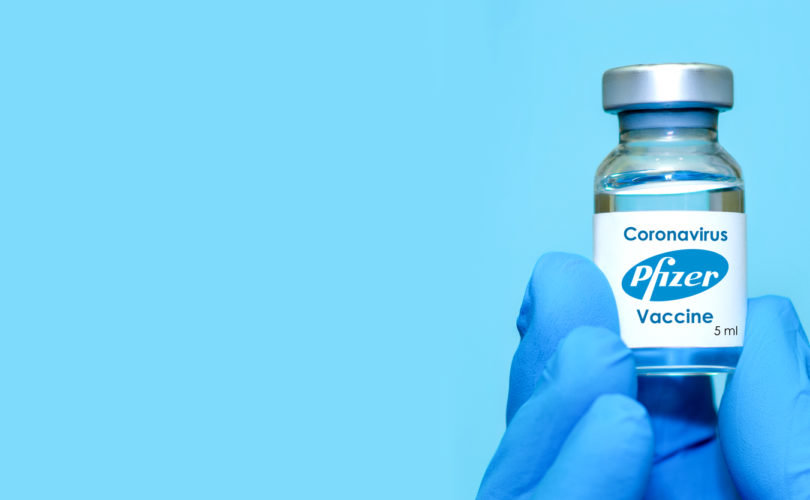 This article was originally published in April 2021. The author has recently removed its paywall because he wants the public to see this information. Reprinted with permission.

(The Dossier) – Prior to the COVID-19 pandemic, Moderna and BioNtech had never produced a single product. The biotech outfits were founded in 2008 and 2010 respectively, with the stated goal of pioneering messenger RNA (mRNA) therapies to the world of healthcare. Moderna and BioNtech share a history rife with secrecy, speculative hype, the benefits of networking effects, and most notably, a failure to deliver the goods.

The Boston-based Moderna, which was founded in 2010, flew out of the gates promising that its drugs in development had the potential of curing cancer and other types of disease. The hype behind this revolutionary technology (which Moderna and BioNtech did not invent, but paid $75 million for a license on the patent) seemed to open doors for Moderna and allowed for the startup to make key early connections that would be integral to its financial success.

By 2012, Moderna was considered a biotech unicorn, having raised money based on a $1 billion valuation, which was entirely tied to the promise of its mRNA platform. Moderna first struck gold in getting the attention of the unlimited budget of U.S. government entities, and later branched out to individuals and cash-flush corporations and non profits.

In 2013, the U.S. Defense Advanced Research Projects Agency (DARPA) awarded the startup with tens of millions in seed funding to continue their various projects, none of which resulted in the development of a product. In 2015, Moderna secured a confidential agreement with Anthony Fauci’s NIAID to develop a host of uses for its mRNA platform. Moderna would continue partnering with U.S. Government Health on a host of partnerships, which led to entities within the U.S. bureaucracy securing joint ownership of the Moderna COVID-19 mRNA vaccine.

In 2016, the Gates network inked the first of several agreements with Moderna (this one allocated up to $100MM) to use mRNA therapies to combat HIV. Gates inc. would later fund much of the production of Moderna’s mRNA COVID vaccine.

But despite endless public and private funding streams, Moderna simply could not crack the code of mRNA, which again, is the entire basis for the company’s existence. Moderna (which acquired the ticker symbol MRNA) is shorthand for modified messenger RNA.

The Moderna hype train came to a temporary halt after a series of devastating exposés in Stat News, which were published from 2016 to 2017 and reported on the status of the biotech unicorn.

“Yet Moderna could not make its therapy work, former employees and collaborators said. The safe dose was too weak, and repeat injections of a dose strong enough to be effective had troubling effects on the liver in animal studies,” one of the reports read.

A former Moderna scientist told Stat News: “It’s a case of the emperor’s new clothes. They’re running an investment firm, and then hopefully it also develops a drug that’s successful.”

Before COVID-19, the company’s secretive nature, and its failure to deliver a functional product, was drawing comparisons to the infamous biotech startup Theranos. Similar to Moderna, Theranos rarely published any peer-reviewed material. Like Moderna, Theranos mastered the networking game, and recruited high profile individuals to its board in order to vouch for the company’s “revolutionary technologies.” Once valued at well over $10 Billion, Theranos collapsed after it was revealed that the company was running a massive fraud scheme, in addition to its failure to implement its promised blood testing technology.

In 2015, Dr John Ioannidis published a paper calling attention to Theranos & the shady biotech unicorn industry. Moderna is mentioned as a company that is following the Theranos path of zero disclosures, & publishing zero papers on their “innovative” tech. https://t.co/jmGDmsvyUM

Similar to Moderna, the Germany-based BioNtech has attracted big time investment from powerful stakeholders. Like Moderna, it was founded on the promise of mRNA technology. Instead of taking the Moderna route, BioNtech used its early years to build up its team in a more stealthy manner. Nation states and private individuals in Europe and Asia invested in BioNtech to the tune of hundreds of millions of dollars. Yet all of the major investment seemed to not make a difference. Before 2020, BioNtech spent 12 years failing to bring a single product to market.

Like Moderna, BioNtech sold its appeal as a platform that could treat devastating cancers and other fatal diseases. In 2013, the stealthy startup brokered major deals with drug manufacturers to use its platform for cancer treatments. Although the company secured clinical trials for a variety of its products, it was never able to bring one to market before going public in late 2019.

In September of 2019, The Gates Foundation made an equity investment into BioNtech of $55MM, due to the company’s work on “the treatment of cancer and other serious diseases,” like HIV and tuberculosis. There was no mention of coronaviruses or anything of the sort. One month later, the company went public, turning the company’s founders into instant billionaires. The Gates investment is now valued at about $550MM.

Many appear to misunderstand Pfizer’s role in its partnership with BioNtech. While some refer to their joint partnership as the “Pfizer COVID vaccine,” Pfizer did not actually develop the product. The American pharma giant’s responsibilities largely cover logistics and manufacturing in Western markets. In China, for example, Pfizer has no role to play with the vaccine, as Fosun Pharma has partnered with BioNtech to distribute and manufacture the mRNA product.

The narrative we are currently being sold about Moderna and BioNtech is that their failures to produce a functioning, safe mRNA product miraculously disappeared once COVID-19 came around. Government health bureaucrats and institutions have been repeating the term “safe and effective” ad nauseam into our collective consciousness, hoping that consumers simply overlook this credibility issue.

We are told that their first-ever products to market — which were produced on a novel technology platform for a novel virus — are both remarkably safe and effective. While that may or may not be true in the long run, it’s disturbing to see so much of the corporate press, Big Pharma, and Government Health institutions seemingly ignoring the fact that these companies secured billions of dollars in purchase orders for a vaccine they developed without having a track record of success.

Other than self-reported, rush job clinical trials, the safety and efficacy record for these technologies has never been demonstrated to the point where regulatory bodies felt it was safe to authorize them for widespread distribution. What changed? Did these institutions suddenly solve the mRNA puzzle in January of 2020, or is something else going on?