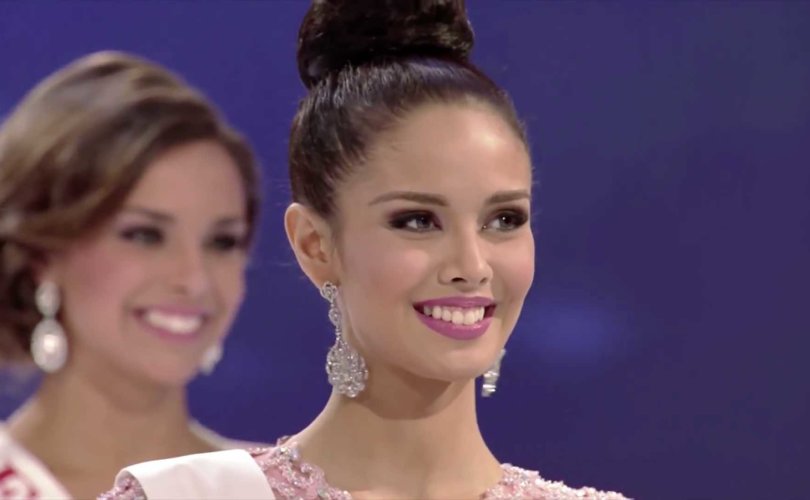 October 14, 2013 (LifeSiteNews.com) – Viewers all over the globe appreciate the beauty of Miss World, Megan Lynn Young, but the reigning Miss Philippines recently told an interviewer that she appreciates the beauty of the unborn.

In August, Young told a Philippines-based broadcaster that she opposes abortion-on-demand, believes in abstinence before marriage, and sees marriage as a lifelong and unbreakable union.

She expounded further when the interviewer asked about the nation's controversial Reproductive Health (RH) Law, which would require medical professionals to provide taxpayer-funded contraceptives and abortifacients to patients regardless of conscience objections, The Supreme Court halted the law in July.

“I'm pro-life,” she said, “and if it means killing someone who's already there, then I'm against that, of course.”

“My beliefs are, no abortion,” she said.

When asked whether she supports the use of contraception, she replied. “I don't engage in stuff like that as of now.”

“Sex is for marriage,” she continued. “That's my belief.”

When asked how a woman “as gorgeous as yourself” could say no to sex, Young replied straightforwardly, “You say no.”

“If they try to push you, you step away, because that person doesn't value you, doesn't value the relationship as much,” she said. “If the guy is willing to sacrifice that, that means a lot.”

Marriage, she said, should never end in divorce. “I think that if you marry someone, that should be the person you are with forever, through sickness and health, through good or through bad,” she said.

The Virginia-born beauty queen, who is a VJ for the nation's ABS-CBN television network, gave the interview on August 22. On September 28, she was crowned Miss World in Bali, becoming the first Miss Philippines contestant to win the crown.

The interview will not please everyone. Although she said transgender men “should follow the rules” and stay out of beauty contests intended for women, she said she was “all love for them,” because she has friends who are transgender. “They're also people to be proud of, because they are Filipinos,” she said.

A video of the interview may be see here.