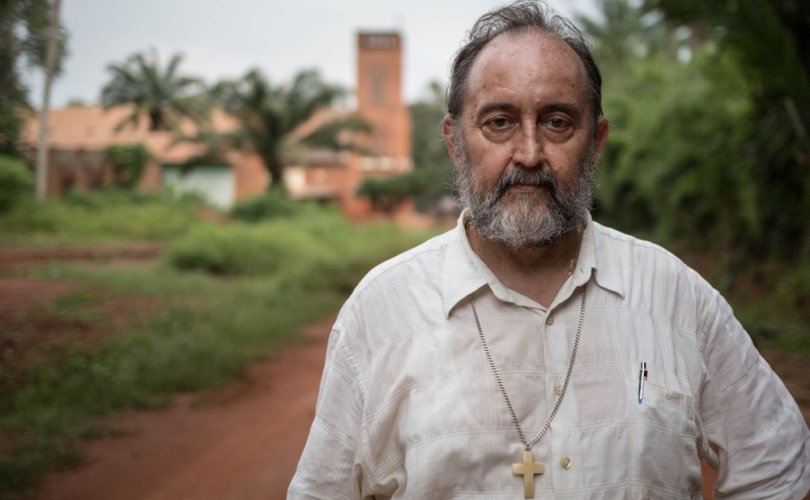 ROME, February 20, 2019 (LifeSiteNews) – A Spanish bishop who serves as a missionary in Africa said that the primary reason for the clerical sexual abuse crisis can be traced to the entrance of homosexuals to the Catholic priesthood in the 1970s.

Bishop Juan Jose Aguirre, a missionary to the Central African Republic (CAR), made the comment in a Feb. 19 interview with Crux while speaking about the abuse summit taking place in Rome this week where presidents of bishops’ conferences around the world will meet to discuss how to deal with the crisis.

After saying that the crisis “touches the whole Church,” Bishop Aguirre cited three reasons for it.

“The first is the entrance of homosexual priests to the seminary, who have lived their homosexuality within the Church in the 1970s to the 1990s. Secondly, the arrival of Internet, through which the negative impulses of many priests have been awakened. Thirdly, there are priests who do not occupy their time well, who have too much free time and let themselves be tempted by the devil,” he said.

“It’s a terrible situation, horrible, and touches all the continents,” he said.

Renowned in Spain for his heroic witness in CAR, which he said has been afflicted by Islamic terrorism and the greed of those who exploit natural resources, Bishop Aguirre noted that the reasons he gave for the clerical sexual abuse crisis also apply to teachers. However, he said that the latter phenomenon “is not reported in the news like when a priest or bishop is accused.”

Born in the southern Spanish city of Córdoba, Bishop Aguirre is a member of the Comboni congregation of missionaries. Reflecting on the the 38 years he has been assigned to the conflictive CAR, the bishop said: “I arrived in CAR 38 years ago, and in these 38 years I have been moved by the love, the affection, by not wanting to look at my own belly button but look my brother in the face.”

Known affectionately by his nickname, Bishop “Juanjo,” the missionary added, “I have been moved by the parable of the Good Samaritan, who picks up the one on the ground, without asking if he is male or female, white or black, with a passport from India or Nigeria. We, the missionaries, are there, in situations of some risk. When NGOs or governments have left for safety or prudence, the Church is the last to turn off the light. We are there. […] Without his grace, we would not be anything.”

“We’ve been a persecuted church for years now,” he told Crux. “Last year, five priests were killed.” Religious sisters who were working in his diocese had to flee because mercenaries from the Séléka group tried to rape them. “The seminarians are in Bangui [the capital]. They are protected, but my priests are in a high-risk area, like I am. We are on the front lines of combat, facing a jihadist mercenary group called Séléka, financed by Saudi Arabia and the Gulf countries. They’ve come to Central Africa to conquer it, to put their claws in the country’s gold, mercury, cobalt and coltan.”

The Bangassou Foundation was created in 2003 to assist in Bishop Aguirre’s missionary work.