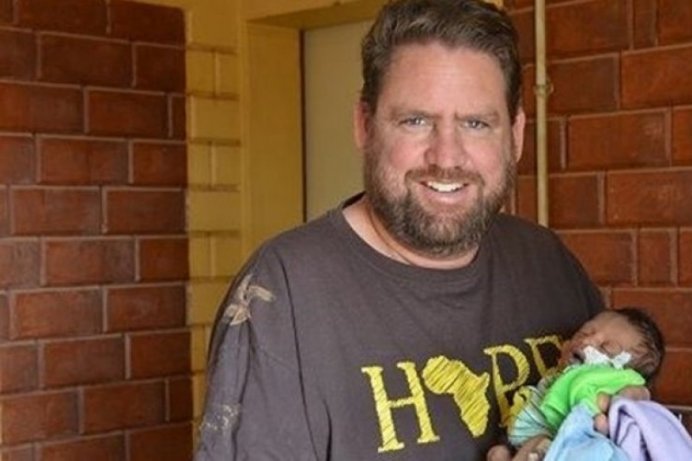 Mike Riddering, a Christian missionary, and faithful father and husband, was killed in a terrorist attack on Friday in Burkina Faso

A father of four, including two adopted children from Burkina Faso, Riddering and his wife, Amy, left their home and business in Florida five years ago to serve women and children in one of the poorest countries on the planet.

The couple served with a missions organization, Sheltering Wings, which helps orphans and women in six different locations—three in Burkina Faso, one in Kenya and two outside of Africa.

Writing from Burkina Faso, Amy Riddering posted the following message on Facebook after it was confirmed that her husband was killed in the attack:

Heaven has gained a warrior! I know God has a purpose in all things but sometimes it is a complete mystery to me. My best friend, partner in crime and love of my life. The best husband ever. An amazing father to his children and a papa to everyone. My heart is so heavy and I am having trouble believing he is gone. Mike was an example in the way he lived and loved. God be glorified! Mike Riddering I will love you always! You left quite a legacy here. I can only imagine the adventures you are having now.

The assault was carried out by a group linked with al-Qaeda, which targeted a frequent gathering place for Western visitors in the heavily Muslim region. Riddering and a Burkinabe co-worker had arrived early to meet up with a short-term missions team from the U.S. when the attack began, according to a statement from Sheltering Wings.

While the Burkinabe co-worker survived the attack, he and Riddering were separated during the shooting. Another co-worker later found Riddering’s body at a morgue.

In addition to Amy Riddering’s post to Facebook, friends and supporting churches in the U.S. voiced their appreciation for the legacy left by their friend, who they describe as a “modern-day martyr”.

“Many people might see this as, ‘Let this be a lesson, you’ve got to be more careful,’” Robey Barnes, pastor of West Pines Community Church, said in a report by CBNNews.com.“But actually, our messages… have been, ‘Hey this is an example of sacrificing greatly to help the hurting, and that’s a legacy we intent to continue. That’s the legacy that Jesus Christ left.”

A native of Fort Lauderdale, Fla., Mike and Amy Riddering had raised two daughters in Florida before leaving behind his career in boating sales to bring the gospel to an underserved population.

In addition to overseeing an orphanage and a pregnancy center, the couple’s ministry includes a school and sponsorship program.

“We feel that Mike was a modern-day martyr,” Brian Burkholder, pastor of Hollywood Community Church, said. “He lost his life doing the work of Jesus, doing what he felt like God had called him to do. We will greatly miss him. Mike was not only one of our missionaries. He was not only a church member, he was my friend, my good friend. We’re going to miss him.”

In Sheltering Wings’ January newsletter, Riddering told the story of Wendinda, one of 400 children housed in the organization’s orphanages.

“This young girl came to us from a heart wrenching life of abuse and neglect. I remember walking in, seeing her battle scars and hearing her tragic story. Wondering how she lived through such tragedy, I remember thinking, ‘God, having spared her life, most certainly has huge plans for her’. Unable to speak due to damage sustained by drinking acid at her home, and additional damage from suffering meningitis years ago, she showed no signs of communication, except for her smile. And smile she did.”

As Riddering recounts in the newsletter, Wendinda—whose name means “for God”—had been adopted by her new family, and was en route to the U.S.

“A treasured and precious gift, she will be missed,” Riddering wrote.

A GoFundMe.com page seeking to raise $10,000 to fly Mike’s brother—also a pastor—from Missouri to conduct his funeral raised nearly $15,000 in its first day.