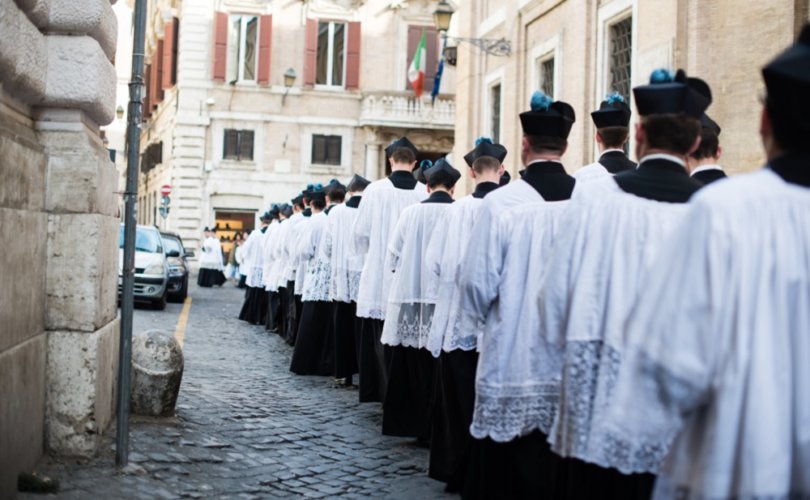 ROME, October 10, 2019 (LifeSiteNews) — A Catholic priest and papal appointee to the ongoing Amazon Synod has expressed his concerns about any move to alter the Church’s teaching on priestly celibacy during the ongoing synod.

Fr. Martin Lasarte, who has spent more than twenty years as a missionary in Africa and the past four years in the Amazon, gave his remarks in an interview with Crux.

He told the news agency that to decide on celibacy at the synod is “not honest, synodal or in communion.”

Fr. Lasarte also expressed his belief that if an exception is made for the Amazonian communities, then such a decision will have ramifications throughout the world.

It’s clear from the interview that Fr. Lasarte doesn’t share the view of Cardinal Gerhard Müller, who said in an interview yesterday that “whoever wants to insert the practice of married priests into the Latin Church does not know her history.” Nevertheless, his comments suggest that even some synod members who are open in principle to the idea of a change to priestly celibacy are opposed to the possibility of a change occurring in the coming weeks.

Fr. Lasarte asserted that the Church’s teaching on celibacy, “is not untouchable” but noted that during the discussions of the Second Vatican Council, even members of the Eastern Orthodox churches (in which celibacy is mandatory only for bishops) described it as a “wealth of the Church.”

According to the interview, Fr. Lasarte suggested that it would show a greater “synodal spirit” to consult with Catholic priests who are already married — for example, members of Eastern rite churches, such as the Ukrainian Greek Catholic Church.

Of further interest in the interview was Fr. Lasarte’s comments on the current approach of Catholic missionaries in the Amazon. He claimed that “the most important thing, the transmission of the faith, has been interrupted.”

Such an assessment is supported by the testimony of Fr. Silvano Sabatini, a Catholic missionary in the Amazon for forty years with the Institute of the Consolata for Foreign Missions. The book, The Anthropologist Priest: Amidst the indigenous people of the Amazon (Ediesse: Rome, 2011), recounts an episode where a visiting priest was anxious to know how many of the native people Fr. Sabatini had baptized. He replied by saying “not a single one, thanks to the Good God.”

Speaking of a variety of problems affecting the Church’s missionary character, Fr. Lasarte claimed, “We are afraid of speaking about Jesus Christ, in fear of offending others.” He claimed that not only are Catholic missionaries failing to transmit the Faith and speak of Jesus Christ, but they in fact sometimes do the opposite. Speaking of the issue of a “global secularization,” Fr. Lasarte commented that a real problem occurs when “the Church becomes secularized” and said that “sometimes, it’s the missionaries who bring this secularization to the people.”