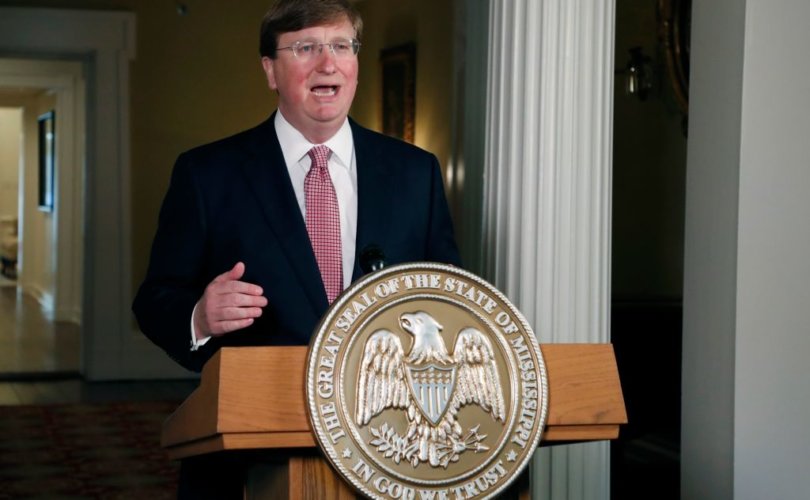 The 2007 law prohibits abortions except in cases of rape reported to law enforcement or when necessary to save the mother’s life. State Attorney General Lynn Fitch certified that the law could take effect following the U.S. Supreme Court’s June overturn of Roe, the 1973 precedent that forced all 50 states to allow abortion on demand.

Today we wake up in a state where the church doors are open and the abortion clinic’s doors are closed.

As a result of the new status quo, WJTV reports that Mississippi’s only abortion facility, Jackson Women’s Health Organization, has ceased committing abortions. The facility is inadvertently responsible for its new situation, as its lawsuit against the state’s 15-week abortion ban led to the case in which the Court ultimately ruled against Roe.

Roe’s’ overturn sparked the activation of numerous pre-Roe abortion bans that had gone unenforced for decades, as well as more recent pro-life laws that had been blocked by courts, and trigger laws designed not to take effect until Roe was reversed.

Across the country, abortion giant Planned Parenthood has suspended abortions and/or closed locations in reaction to the ruling, and pro-life attorneys general have declared their intentions to enforce their states’ duly-enacted abortion prohibitions. But leftists prosecutors in dozens of localities have vowed not to enforce such laws, ensuring that work and debate will continue over the prospect of banning abortion nationally.