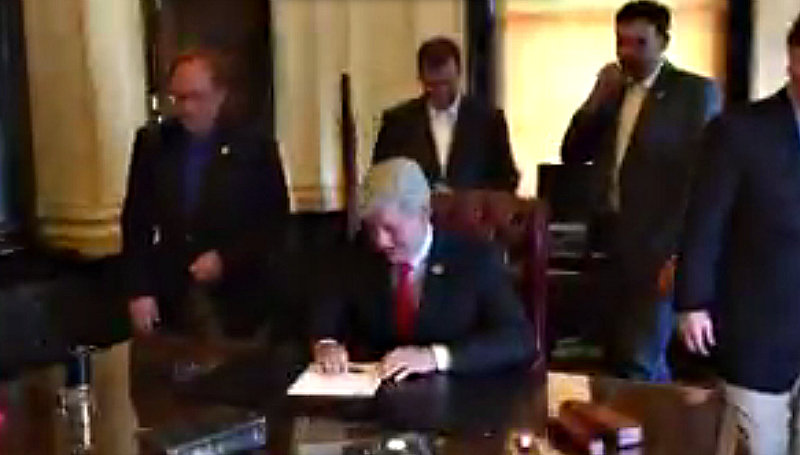 A screenshot from a video Tweeted by Gov. Phil Bryant showing him signing the law defunding Planned Parenthood.

The bill, Senate Bill 2238, prevents Planned Parenthood and other abortion businesses from billing Medicaid for any services.

Mississippi is home to one Planned Parenthood, which says it doesn’t commit abortions, and an abortion center owned by “abortion queen” Diane Derzis.

In its advocacy against SB 2238, Planned Parenthood claimed that the bill violates federal law.

“We’ve seen other states attempt to do this and in every case, Planned Parenthood has sued and won,” the abortion giant wrote in its talking points to supporters.

Bryant tweeted a video of him signing the bill and celebrating that Planned Parenthood will not receive state money:

Both bills go into effect July 1.