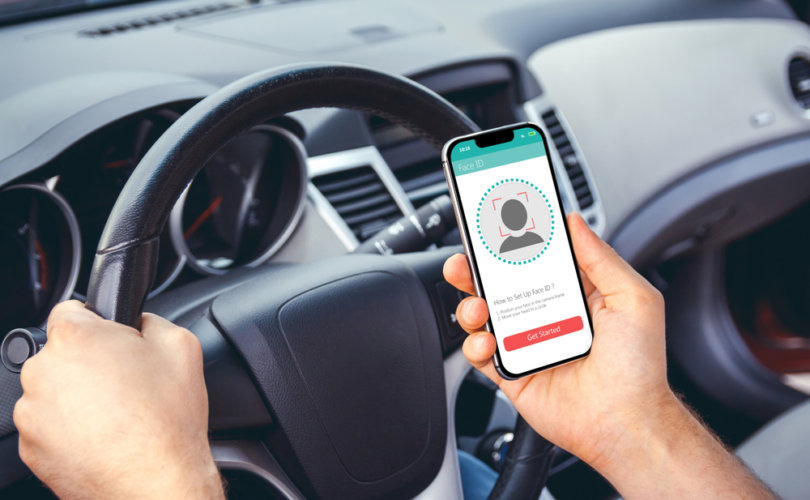 On Monday, Public Safety Commissioner Sean Tindell announced that later this month the state will be rolling out a new mobile ID program that will enable citizens to digitally possess their driver’s license and vaccination cards while also allowing law enforcement to access their identity remotely via Bluetooth.

“From a law enforcement perspective, it will allow a law enforcement officer approaching the car to interact via Bluetooth with that phone so that they can know exactly who they’re dealing with before they even get to the car,” Tindell said. “And I think that’s a great feature for law enforcement, and it would be able to be utilized for any lawful purchase that you could otherwise use a regular ID.”

In an interview with Fox affiliate WXXV25, Tindell explained that the program has been in the works since 2020 and that the product is set to launch November 18.

According to Tindell, the mobile ID program will let “citizens of the state” have the ability to “utilize a mobile ID that’ll be an app on their phone,” with the digital ID carrying the same weight legally as traditional physical identification cards.

In addition to a digital driver’s license, Tindell said his department worked closely “with the Department of Health” to ensure the new ID system will allow vaccinated citizens who possess “a COVID vaccination card” to consolidate their vaccination documentation digitally with their virtual license.

Tindell explained that the program “is just the beginning” and “in the future we’re hoping we’ll be able to put a lot more into the app,” referring to the future system as the “Mississippi wallet.”

Included in the future plans for the “wallet” are realtor licenses, fishing licenses, hunting licenses, and any other applicable licenses issued by the state government.

Explaining the “benefits” of the digital “wallet,” Tindell says that people will no longer need to show up in person to renew their licenses, and instead will be able to do so inside the mobile app from “the comfort of their home.”

According to Mobile ID World, Mississippi is just one of many states and international locations that is developing or has developed a mobile identification system for citizens.

In September, tech giant Apple announced that they are working with the state governments of Connecticut, Iowa, Kentucky, Maryland, Oklahoma, Utah, Arizona, and Georgia to launch similar mobile ID apps.

Referring to the security of these programs, Apple explained that “as an additional security step, users will also be prompted to complete a series of facial and head movements during the setup process,” to have their identity properly verified within the system’s “facial recognition” and “gesture recognition” software.

Apple’s wallet, much like Mississippi’s, is also set to become increasingly more expansive as time goes on, with the tech company noting that in the future its wallet will include digital “keys” for access to cars, hotel rooms, and homes.