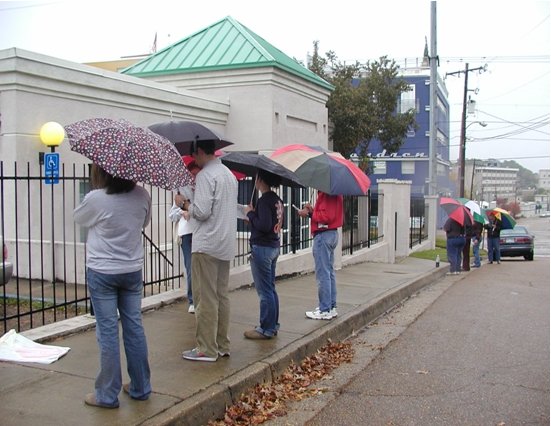 The Jackson Women's Health Organization (JWHO) will be registered with Medicaid by the end of this month, to distribute abortifacient birth control. The abortionist at JWHO said that if they are able to give out contraception directly instead of refer women to dispensaries, it would help the clinic financially.

“There really is no need for them to become Medicaid providers,” Tanya Britton of ProLife Mississippi told LifeSiteNews. “There was nothing to keep them from prescribing contraceptives before they applied for Medicaid. They could provide any birth control method available without the taxpayers of Mississippi becoming an accessory to murder.”

“It's all about money, and they will stop at nothing to make money,” Britton charged.  “Their concern is not for women's health. If so, they never would have fought so hard against a waiting period before surgery, informed consent, and local hospital admitting privileges.”

Dr. Sacheen Carr-Ellis explained that JWHO received donations to set up a Medicaid billing system, in order to get contraceptives to women as soon as their abortions are completed. “There's a lot of good data on starting contraception on the same day of abortion,” the abortionist said. “Every woman we talk to about contraception, we try to come up with a plan about how they can get it.”

The Jackson Free Press reports that at her previous abortion business, Carr-Ellis made sure that women would never leave without talking to an abortionist about birth control. “There was not a thought in my mind that a woman was going to leave without contraception or have to pay for it,” she said.

At Mississippi's JWHO, abortion patients are encouraged to get birth control as soon as they walk in the door, during the “patient intake process,” Carr-Ellis said, before they are even set up for an abortion.

“No woman gets out of there without being almost coerced into birth control,” Britton told LifeSiteNews. “The sad thing is, Mississippi has a lot of poor women. But the solution to poverty is not to take away a woman's fertility.

“Their solution is to rob women of their maternity.”

The Mississippi abortion business has been cited for many serious health and safety code violations. In 2013, the Mississippi Health Department declared that because of various unsafe conditions, they were revoking JWHO's license.

“They are in the abortion business,” Britton pointed out. “Perhaps the biggest incentive for JWHO's foray into [this] Medicaid for contraception scheme is to ensure that their post-abortive patients return again and again for abortion services because of contraceptive failure.”

In 2012, JWHO sought to avoid safety laws by suing Mississippi. Their suit omitted any mention of their primary abortionist's botched abortion history.

Nevertheless, Medicaid is granting JWHO a license, which will reinforce the myth that abortion is only a tiny fraction of “services” that “clinics” offer to women.

“Such cracked reasoning could be used to obscure the purpose of any organization,” Lowry wrote. “The sponsors of the New York City Marathon could count each small cup of water they hand out (some 2 million cups, compared with 45,000 runners) and say they are mainly in the hydration business.”

“Or Major League Baseball teams could say that they sell about 20 million hot dogs and play 2,430 games in a season, so baseball is only .012 percent of what they do.”

Lowry concludes, “Supporters of Planned Parenthood want to use its health services as leverage to preserve its abortions, as if you can't get one without the other.  Of course, this is nonsense.”

Britton concluded, “I pray that someone within the Division of Medicaid, which is in the Office of the Governor, will not allow this travesty.”

Owner of last abortion clinic in Mississippi: ‘I feel like God wants me to do this job’