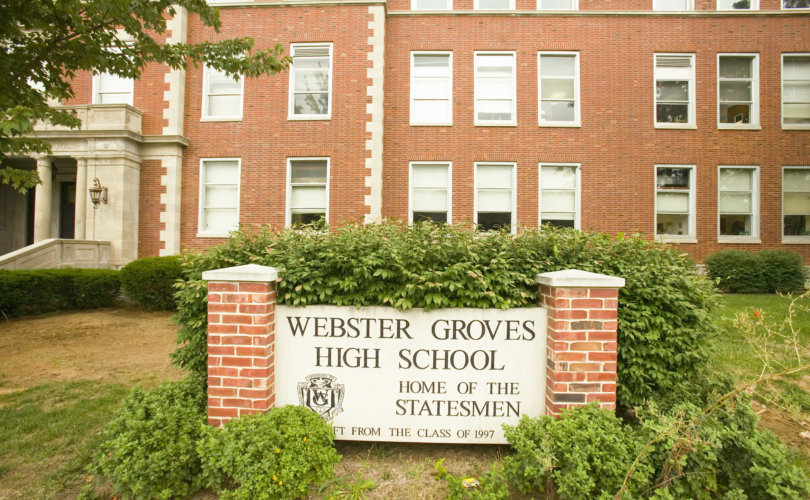 The investigation was launched after Schmitt received a letter from parental rights group Southeastern Legal Foundation (SLF) on behalf of angry parents from the Webster Groves School District (WGSD) near St. Louis.

According to the letter, students took surveys that asked questions such as “When is the first time you noticed that people can be a different race from you?” and “Do you feel more comfortable around people who look like you?”

The letter also alleges that the school district had students take a “mental health” survey at least once per week that asked questions on sexuality, race, political affiliation, and parental behavior in the home.

“Notably, WGSD conducts these surveys without seeking prior written consent from the students’ parents, and in many instances, it appears that the identity of the student is not anonymous,” the letter states.

Southeastern Legal Foundation’s letter alleges that most of the surveys were prepared by third- parties Panorama Education and Project Wayfinder, both of which promote Critical Race Theory (CRT) and gender theory in education.

Speaking to The Federalist, SLF litigation director Braden Boucek said that the letter arose from parental frustration. “The parents would be the first to tell you they felt they were being stonewalled through this entire process,” Boucek said.

“The consistent through line was these parents found out about [the surveys] after the fact, and any time a parent would go to the school district and say, ‘This is wildly inappropriate,’ the school district would make it difficult for them to find out what was on these surveys.”

— Article continues below Petition —
PETITION CONGRESS: Stop the grooming & sexualization of children in schools
Show Petition Text
6491 have signed the petition.
Let's get to 7500!
Thank you for signing this petition!
Add your signature:
Show Petition Text

In addition to issuing the subpoenas and investigative demands, Schmitt’s office also released a report detailing investigations into 49 Missouri school districts that allegedly used public schools for political purposes. The report details how school districts forced students to participate in “privilege walks,” included a “witnessing whiteness” teacher training session, and a reading assignment that had students analyze a novel through a “Marxist” or a “feminist” lens.

Schmitt also issued a civil investigative demand to St. Louis-based Educational Equity Consultants, a group whose purpose is to find “how our own attitudes about race and racism might be limiting students’ capability to achieve,” the Missouri Independent reported.

“As Attorney General, I’ve made it my mission to work to empower parents and increase transparency in Missouri schools. Subjecting students to personal, invasive surveys created by third-party consultants potentially without parental consent is ridiculous and does nothing to further our children’s education,” Schmitt said in a statement.

“After learning of these surveys, my office has opened an investigation and sent subpoenas to seven school districts across the state to get to the bottom of these surveys and put a stop to them.”

The subpoenas sent to the districts make inquiries into whether they broke Missouri statute 161.096, the Family Educational Right and Privacy Act (FERPA), and the Protection of Pupil’s Rights Act (PPRA). All three laws are designed to protect the privacy of parents and students.

According to Schmitt’s office, more subpoenas could follow depending on what the subpoenas issued Wednesday find.

In a statement to The Federalist, the school district maintained that it did not violate federal or state law in its use of the surveys.

“The District complies in all respects with the [federal] Family Educational Rights and Privacy Act (FERPA) and the Protection of Pupil Rights Amendment (PPRA). The requirements for student surveys under the PPRA apply only to programs partially or wholly funded by the U.S. Department of Education … None of the surveys cited by SLF were a part of any such program,” the statement says.

“The requirements of the Missouri statute cited by SLF (§161.096) are only directed to ‘the statewide longitudinal data system’ maintained by the Missouri Department of Education, not to any student information gathered at the local level,” the statement continues.

“The only reference in that statute to the local school district is a prohibition against reporting certain student information to the state data system, and the Webster Groves School District does not report any such information to the Department of Education.”

In April, the Missouri House passed a bill that would establish a “parental bill of rights,” including allowing “sufficient accountability and transparency regarding school boards” and limiting data collection by school districts.

The bill follows a series of incidents in which officials in public education have supported CRT and gender theory in schools.