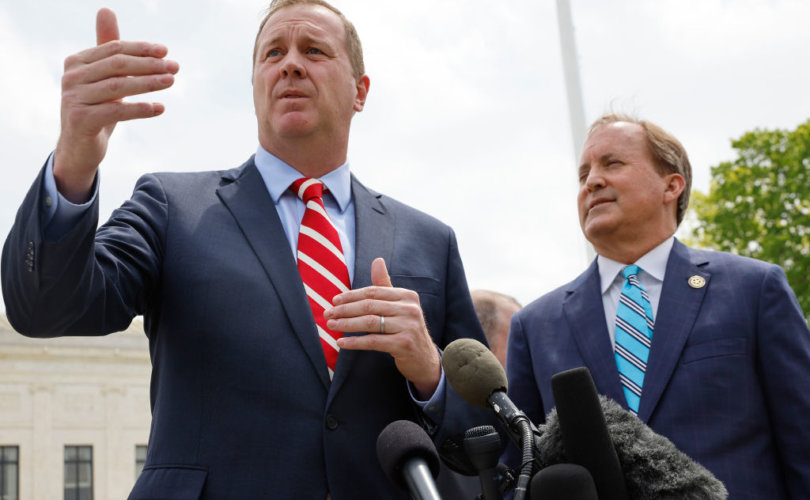 ST. LOUIS, Missouri (LifeSiteNews) – Missouri’s Attorney General Eric Schmitt filed a lawsuit against the city of St. Louis after it passed a measure funding out of state abortions.

On July 15, Democrat Mayor Tishaura Jones signed Board Bill 61 (BB61), allotting $1.5 million federal dollars to establish a “Reproductive Equity Fund” to fund abortions, according to a statement from Schmitt’s office.

In response, on July 21, Schmitt filed his lawsuit against the bill. “My Office today filed suit to put a stop to Mayor Jones and the City of St. Louis Board of Aldermen’s blatantly illegal move to spend Missourians’ hard-earned tax dollars on out-of-state abortions,” Schmitt’s statement reads.

“St. Louis has a murder crisis, is seeking to defund the police & can’t figure out trash pickup — but radical Leftists in charge now want to use taxpayer money for abortions,” Schmitt tweeted. “The move is patently political and plainly illegal.”

St Louis has a murder crisis, is seeking to defund the police & can’t figure out trash pickup — but radical Leftists in charge now want to use taxpayer money for abortions.

The move is patently political and plainly illegal. Today I filed suit to stop it https://t.co/mWnfiSnanM

The City’s use of public funds, public employees, and public facilities to encourage and assist abortion violates the Missouri General Assembly’s determination “that the state and all of its political subdivisions are a ‘sanctuary of life’ that protects pregnant women and their unborn children.”

“The City is a ‘political subdivision’ of the State, and thus it is a ‘sanctuary of life’ that ‘protects pregnant women and their unborn children’ under state law,” the suit continued.

READ: Biden is using US tax dollars to spread radical LGBT ideology around the world

According to the lawsuit, public employee doctors, nurses, social workers, counselors, and other health care personnel are forbidden to act “within the scope of public employment, to encourage elective abortion” under Section 188.210 of the pro-life law.

If the Reproductive Equity Fund is distributed according to BB61, public employees will be encouraging or assisting abortion which is in violation of Section 188.210, according to the lawsuit.

The act prohibits all abortions unless a medical condition is deemed to “necessitate” an abortion to avoid the mother’s death or “substantial and irreversible physical impairment of a major bodily function,” based on a physician’s “reasonable medical judgment.”

Otherwise, inducing an abortion in Missouri is a Class B felony that carries up to 15 years in prison. Planned Parenthood has ceased abortions at the state’s last mill.

Meanwhile, pro-life pregnancy centers and Catholic churches have faced violence, vandalism, and even arson in the wake of the pro-life ruling.