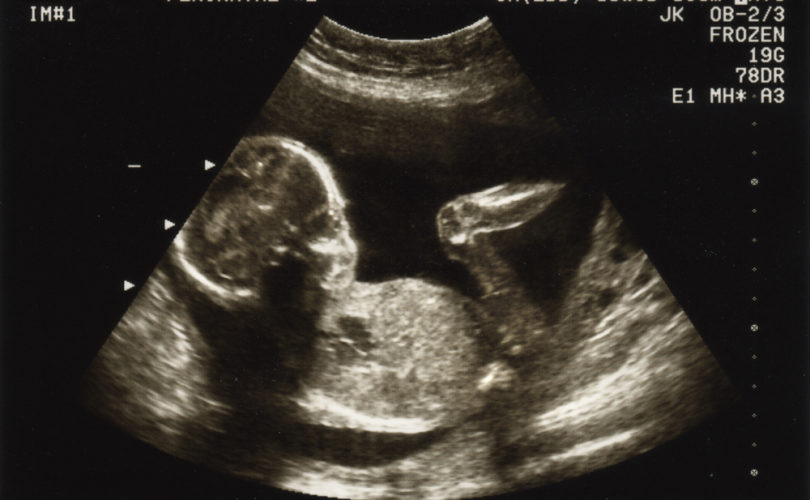 JEFFERSON CITY, Missouri, May 6, 2016 (LifeSiteNews) – Missouri’s House of Representatives approved a constitutional amendment Thursday protecting the right to life of the state’s unborn children “at every stage of biological development.”

The personhood bill passed 112-36, and now moves to the state Senate where it needs committee approval and a final vote in the full Senate to pass.

It has a deadline of May 13 when the legislative session ends, and if approved, it will go before the state’s voters.

Media and abortion supporters have termed the legislation “controversial” and extreme.

Critics say it could ban abortion without the exceptions for rape, incest and the life of the mother, and aside from fearing an abortion ban, opponents also say the amendment could affect fertility treatment and stem cell research, and ban contraception as well.

“This bill doesn’t just take the issue over the edge of the cliff,” Democrat Representative Lauren Arthur stated Tuesday before the measure’s first-round approval, according to the St. Louis Post-Dispatch. “It rockets the issue into outer space.”

On Thursday the bill’s sponsor, Republican Mike Moon, compared the U.S. Supreme Court’s 1857 Dred Scott decision finding that blacks could not become U.S. citizens with its 1973 Roe v. Wade ruling legalizing abortion, saying that the court got it wrong in both decisions.

Moon had also said in a news release announcing House debate on the legislation that pro-life supporters could no longer be silent on abortion, stating, “The silence of those who want to protect the unborn is similar to the silence of Germans who stood by and allowed Jewish people to be slaughtered by the Nazis.”

Debate on the House floor before both votes on the measure this week touched on rape exceptions and the amendment’s constitutionality.

“More violence is not the answer to a rape,” Republican Representative Tila Hubrecht contended.

Before Tuesday’s vote Hubrecht voiced recognition for personhood of those conceived in rape.

“It is not up to us to say ‘no just because there was a rape, they cannot exist,” she stated. “Sometimes bad things happen — horrible things, but sometimes God can give us a silver lining through the birth of a child.”

Republican Representative Jay Barnes said the personhood bill as written would not ban anything permitted by the U.S. Constitution, and not prohibit abortion or birth control.

“What this does is put Missouri in a position to be the most pro-life state in the country,” said Barnes, “as allowed by the federal constitution.”

The personhood amendment holds “that all persons, including unborn human children at every stage of biological development, have a natural right to life …”  and that “this state recognizes the right to life of every unborn human child at every stage of biological development and shall protect such life from deprivation by the state or private action to the extent permitted by the federal constitution.”

It also affirms that nothing in the state’s constitution protects a “right to abortion” or requires that abortion be funded.

A previous effort to secure personhood in Missouri did not succeed, and personhood has yet to prevail in a statewide voter referendum, falling short in states such as Colorado, Mississippi, and North Dakota.

An Alabama House committee approved a constitutional amendment last month declaring that life begins at conception, the measure to go before voters if it clears both chambers of the Alabama legislature.

The St. Louis Post-Dispatch report said it was unclear what action the state Senate would take on the Missouri measure, and the amendment does not need the signature of Democrat Governor Jay Nixon to get on the ballot in the fall.