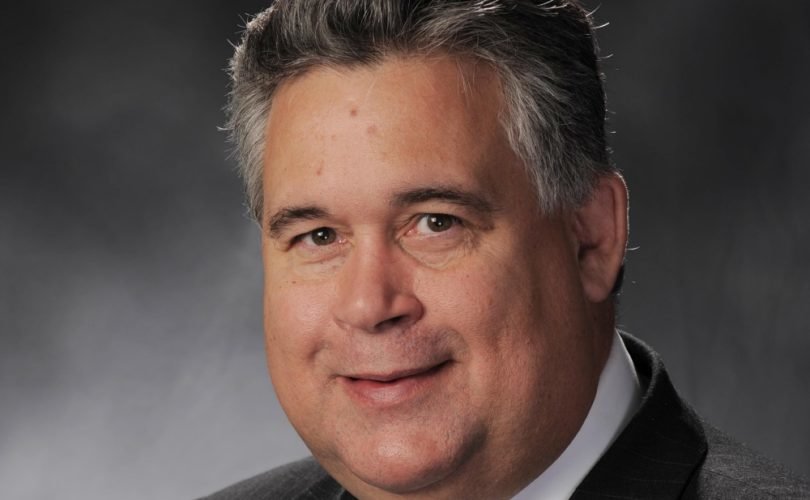 A Missouri state lawmaker is suing the federal government, arguing that the HHS Mandate violates his family's Catholic faith.

According to the McClatchy-Tribune, Rep. Paul Wieland and his wife, Teresa, have opposed the mandate on the grounds that it violates their rights to religious freedom. They have cited the Supreme Court's Hobby Lobby decision earlier this year, comparing their family to the closely-held corporation that won its case against the government.

The family wants to opt out of the birth control, abortifacient, and sterilization portion of the Affordable Care Act (ACA), but keep their existing health insurance. They also want to avoid the federal insurance penalty.

Thomas More Society special counsel Timothy Belz, who argued in front of the Eighth Circuit Court for the Wielands on Monday, told LifeSiteNews that the Hobby Lobby decision “sets new precedent for the Wielands' case challenging the HHS Mandate.”

“The Highest Court ruled that for-profit employers can be exempt from following the HHS Mandate under the Religious Freedom Restoration Act, because their exercise of religious faith is substantially burdened when the government forces them to provide religiously objectionable insurance coverage for their employees. Now that for-profit business owners' religious freedom has been acknowledged and protected, the Wieland family's right to religious freedom should be protected, as well,” said Belz.

This is the second time the Wielands have taken their claim to court. In November of last year, a lower court dismissed their case “on an unrelated technical standing question,” said Belz. According to a copy of the decision provided to LifeSiteNews, the court said the Wielands failed to “sufficiently allege … that they 'personally [have] suffered some actual or threatened injury as a result of the putatively illegal conduct' of the Defendants.”

Thomas More Society's communications director, Sarah Halbur, said that “the real issue, and the injury suffered by the Wieland family, is the violation of their religious liberty. The Supreme Court acknowledged in Hobby Lobby that the HHS Mandate impedes religious liberty, and that is what Mr. Belz argued yesterday before the Eighth Circuit Court of Appeals.”

In an August 26 letter to Eighth Circuit Court of Appeals Clerk Michael Gans, Belz said that the Wielands had “waited until the government issued its responsive Interim Final Rule” on August 22 to modify the mandate. The government was forced to engage in the modification because of the Supreme Court's Hobby Lobby decision, as well as a subsequent decision by the Court related to Wheaton College's lawsuit against the mandate.

However, the Wielands continued their lawsuit because the modification did not deal with their concerns.

In the letter, Belz wrote, “Hobby Lobby holds that persons protected by RFRA cannot be forced under threat of fines to provide coverage for others (employees or, as here, daughters) that violates their conscience.”

Likewise, claims Belz, “claimants like the Wielands are judges of whether their consciences are violated, not the Government. Neither the Government nor courts are competent to evaluate religious beliefs.” Belz also noted that the government's position, that “it is not a burden on a person's religion to have a plan that includes coverage of services that he or his family members will not sue,” “dodges the question that RFRA [the Religious Freedom Restoration Act] presents.” RFRA is the 1993 law upon which the Hobby Lobby decision hinged.

The Wielands may be the only family suing to overturn the HHS Mandate on grounds that it violates their freedom of religion. Other lawsuits that are still being argued have largely focused on non-profit institutions, such as universities and charities.