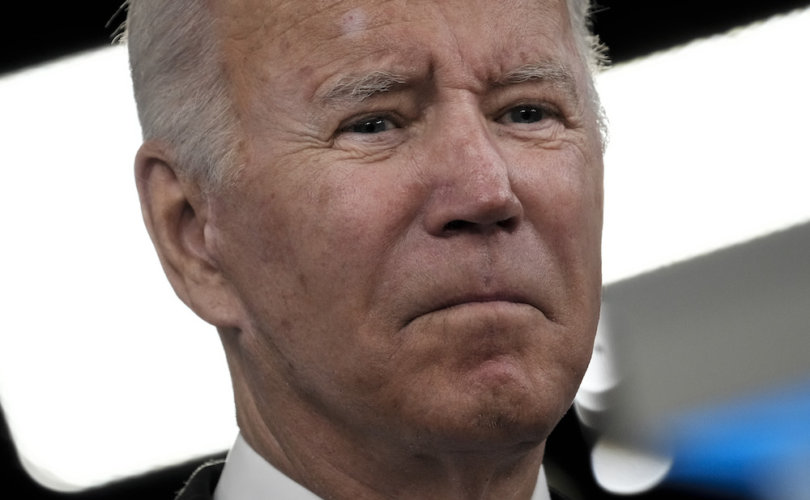 (LifeSiteNews) — Republican leaders in more than two dozen states, including Missouri, Texas, and Florida, are taking action against Joe Biden’s COVID-19 vaccine mandates that are impacting tens of millions of Americans.

On Saturday, the Fifth Circuit Court of Appeals acted on another lawsuit brought by five other states, including Texas, and temporarily blocked the OSHA mandate ahead of further proceedings.

Biden’s mandate threatens fines of $13,653 per violation and upwards of $136,000 for repeated violations. Biden has additionally imposed strict vaccination requirements for federal workers, healthcare workers, and employees of federal contractors.

“Today, I led an eleven-state coalition in filing a lawsuit to halt Joe Biden’s unlawful vaccine mandate. The federal government should not be forcing private employers to require their employees to get vaccinated or foot the cost to test those employees weekly,” Schmitt said in a statement. “Local business owners have told me that the vaccine mandate would decimate their businesses, including some that have been around for decades, and they’re certainly not alone – there are thousands of businesses in Missouri alone that could be negatively affected by this mandate.”

🚨 BREAKING: This morning, Missouri led a coalition of 11 states in filing suit to HALT the Biden Administration's unlawful vaccine mandate on private employers, making us the first states to file suit.

“This case is simply about the government stepping in and telling Bishop O’Gorman how it must make its own personnel decisions,” said Kyle Groos, president of Sioux Falls’ Bishop O’Gorman Catholic Schools Governing Board.

The complaint argues that the Biden administration does not have the constitutional authority to mandate COVID vaccination and asks that OSHA’s order be halted pending judicial review.

“This mandate is unconstitutional, unlawful, and unwise,” the lawsuit states. “The federal government lacks constitutional authority under its enumerated powers to issue this mandate, and its attempt to do so unconstitutionally infringes on the States’ powers expressly reserved by the Tenth Amendment.”

OSHA’s “unlawful mandate will cause injuries and hardship to working families, inflict economic disruption and staffing shortages on the States and private employers, and impose even greater strains on struggling labor markets and supply chains,” it adds, echoing warnings from top trade groups.

Saturday’s Fifth Circuit Court of Appeals order said that “the petitions give cause to believe there are grave statutory and constitutional issues with the Mandate.”

Yesterday, I sued the Biden Admin over its unlawful OSHA vax mandate.

WE WON. Just this morning, citing “grave statutory and constitutional issues,” the 5th Circuit stayed the mandate. The fight is not over and I will never stop resisting this Admin’s unconstitutional overreach! pic.twitter.com/okt2vkNRKo

“Emergency hearings will take place soon,” Republican Gov. Greg Abbott of Texas said Saturday. “We will have our day in court to strike down Biden’s unconstitutional abuse of authority.”

Two other coalitions of GOP-led states also sued the Biden administration last week. Kansas, Kentucky, Idaho, Ohio, Oklahoma, Tennessee, and West Virginia filed suit in the Sixth Circuit, and Alabama, Florida, and Georgia sued Biden in the Eleventh Circuit. The Eighth, Fifth, Sixth, and Eleventh Circuits are all majority-Republican appointed, due to a record number of judicial confirmations under President Donald Trump.

Other groups, including several businesses, joined the lawsuits. Conservative news site The Daily Wire and a Baptist seminary in Kentucky have challenged the rule, as well, with representation from Alliance Defending Freedom.

Biden ‘out of the bounds of the law’

In addition to legal challenges, Republican governors and legislators have advanced recent state laws and executive orders aimed at combatting COVID vaccine requirements, including from the federal government.

“We have seen wholesale denial of religious exemptions that were applied for where for federal contractors have simply said, ‘We’re denying all religious exemptions,’” said Republican state Sen. Chris Elliott, one of the bill’s sponsors. “They haven’t looked at the veracity of those. They haven’t asked questions about the veracity of those. They’ve simply denied all and frankly, seeing that, it was it was time to do something for Alabama employees.”

Texas and Montana have banned COVID-19 vaccine mandates by private businesses outright, a proposal that Florida lawmakers will consider at a special session later this month.

The order also “directs every agency in state government to immediately notify the Office of the Governor and the Office of the South Carolina Attorney General upon receiving any communication or directives from the Biden Administration concerning COVID-19 vaccination requirements.”

“I have never seen a president go out of bounds, out of bounds of the law as this one,” McMaster said at a press briefing.

Parsons’ order similarly requires that state agencies cooperate with the Missouri’s legal efforts against the mandate and bans them from forcing employees to take the shot, “if the individual objects for religious or medical reasons,” the St. Louis Post-Dispatch reported.

Some fellow Republicans have called on Parsons to go further in defending Missouri workers’ medical freedom.

“It seems like pretty much everyone who’s requiring vaccination is at least giving lip service to religious and medical exemptions,” he added. “By putting that caveat in there, it really undermines the effect of the executive order.”

OSHA said last week that the Biden administration’s COVID mandates are “intended to preempt and invalidate any state or local rules that ban or limit an employer’s authority to mandate vaccination, face covering or testing.”

Attorneys have noted, however, that only one of OSHA’s emergency rules in the last fifty years has remained intact after being challenged in court.