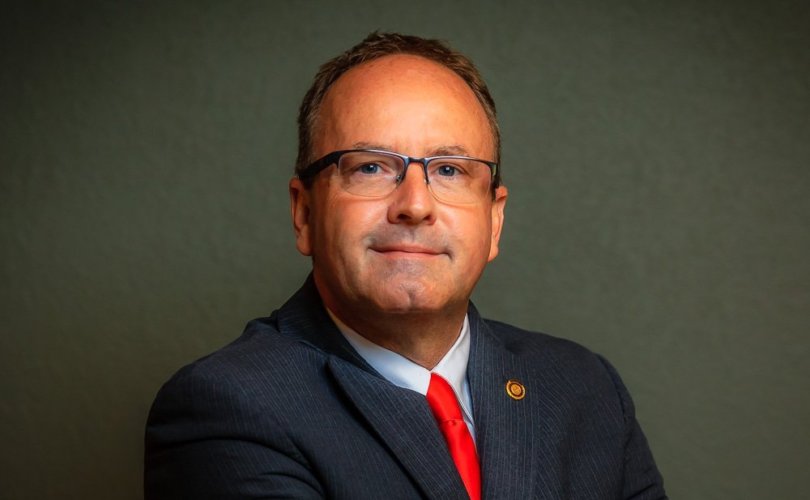 JEFFERSON CITY, February 13, 2019 (LifeSiteNews) – Pro-life lawmakers in the Missouri legislature have introduced a new measure that would strengthen the state’s parental-involvement law by requiring both parents to be notified before a minor can have an abortion.

Current state law requires at least one parent to give his or her consent to an abortion, but Republican state Rep. Rocky Miller has introduced legislation to require that the other parent be informed of the child’s request, as well, unless a parent or guardian has been convicted of child abuse or a sex offense.

The House Children and Families Committee voted 8-5 to approve the bill on Tuesday, allowing it to go to the full House for consideration. The state Department of Health and Senior Services estimates that 125 out of almost 4,000 Missouri abortions were committed on minors in 2017.

“These types of laws do save lives,” Campaign Life Missouri director Samuel Lee declared. “Moms and dads need to be involved in the lives of their children — no matter how messy life can be sometimes.” Miller says that even 65% of those identifying as abortion supporters favor parental notification, KOMU 8 reports.

Democrat state Rep. Sarah Unsicker cited a state legislative analysis projecting that the heartbeat bill would risk losing Missouri more than $7 billion in Medicaid funding for abortions the federal program funds when sought for rape, incest, or to save a mother’s life.

Republican Nick Schroer, who sponsored the heartbeat bill, responded by noting that such fiscal analyses have been a subject of bipartisan criticism. “If you trust fiscal notes, lady, with all do respect, I got a house that I can sell you on Mars,” he quipped. “What dollar amount do you put on life?”