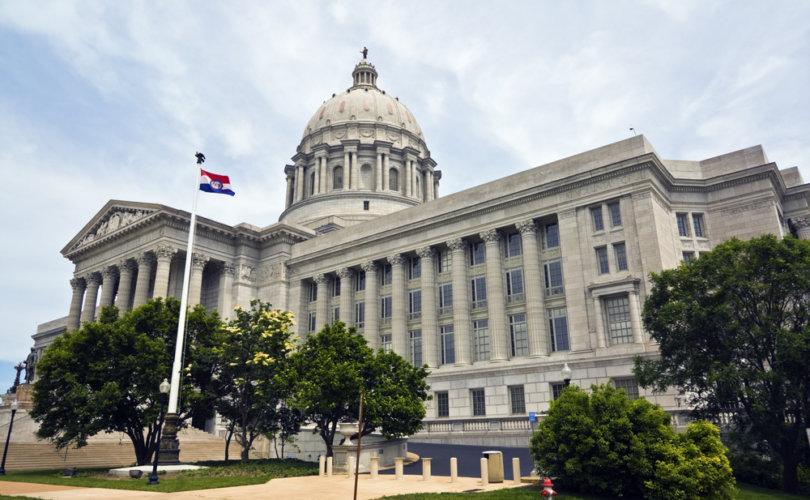 JEFFERSON CITY, May 16, 2019 (LifeSiteNews) – Missouri took one step closer to banning abortion of babies with detectable heartbeats in the early hours of Thursday morning with the state Senate voting to pass a heartbeat law similar to those spreading across the United States.

Introduced in January, the bill requires abortionists to test for a fetal heartbeat prior to abortion, and if one can be found the abortion is forbidden except in cases of “medical emergency.” Women would not be punishable, but abortionists who don’t perform the test would face a six-month suspension of their medical licenses and a $1,000 fine. Physicians who do test and abort the child anyway would permanently lose their licenses and be barred from applying for a new one.

The Missouri Senate voted 24-10 Thursday morning to pass the bill, KSHB reports. If enacted and allowed to take effect, it would effectively ban abortion at around six-to-eight weeks.

The Missouri House voted 117-39 in February to pass an omnibus pro-life bill that contained the heartbeat language and several other measures. Another House vote will be necessary to approve the standalone version of the heartbeat legislation, but the stronger bill’s prior success bodes well for the prospects of the current vote.

Republican Gov. Mike Parson confirmed Wednesday he will sign the bill if it reaches his desk. He declared in a Facebook post that it is “time to make Missouri the most Pro-Life state in the country” with a bill “standing for life, protecting women’s health, and advocating for the unborn.”

“Politicians are putting the health and lives of Missouri women at risk in their race to make our state the one that overturns Roe v. Wade at the Supreme Court,” M'Evie Mead of Planned Parenthood Advocates in Missouri said in response to the vote. “These bans on safe, legal abortion will have real costs — expensive legal costs and human costs for the women and families who need reproductive health care.”

Heartbeat legislation bans abortions much earlier than allowed by Roe v. Wade’s current “viability threshold,” all-but ensuring a lawsuit. While some Republican politicians have been wary of incurring the costs of a legal battle they expect to lose, others advocate heartbeat bills specifically as vehicles to provoke challenges they hope will reach the U.S. Supreme Court and finally overturn Roe, thereby restoring the American people’s right to vote directly on their own abortion laws.