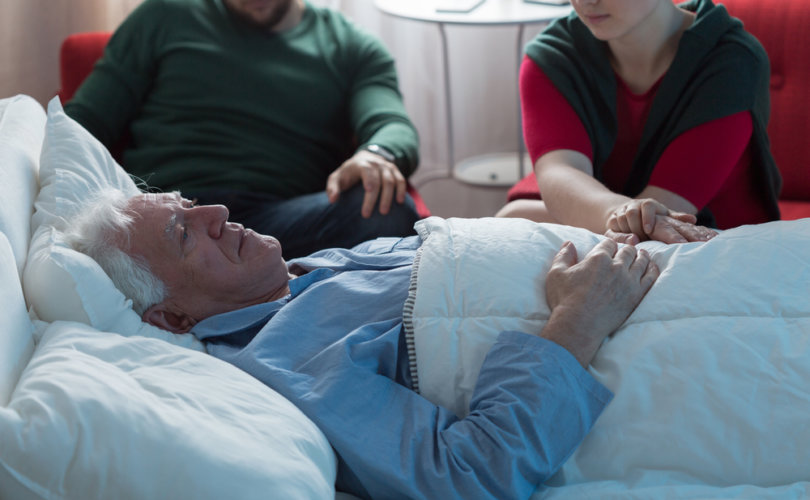 JEFFERSON CITY, Missouri, April 22, 2020 (LifeSiteNews) – Missouri is the first state to file a lawsuit against China for the country’s alleged responsibility in spreading the coronavirus across the world. The complaint, directed at various Chinese government entities and the Communist Party, was filed in the U.S. District Court for the Eastern District of Missouri on April 21.

“In Missouri, the impact of the virus is very real – thousands have been infected and many have died, families have been separated from dying loved ones, small businesses are shuttering their doors, and those living paycheck to paycheck are struggling to put food on their table,” he continued.

As of yesterday, Missouri reported almost 6,000 cases of COVID-19 within the state, as well as 189 deaths.

“The Chinese government lied to the world about the danger and contagious nature of COVID-19, silenced whistleblowers, and did little to stop the spread of the disease,” Schmitt said. For that reason, he argued, China must be “held accountable.”

In addition to the text of the complaint, the Attorney General also released a short document containing Key Factual Allegations.

According to the state of Missouri, “the key factual allegations are that in the critical weeks between December 2019 and January 23, 2020, the Chinese Government engaged in misrepresentations, concealment, and retaliation to conceal the gravity and seriousness of the COVID-19 outbreak from the rest of the world.”

The document then goes on to list four specific allegations, starting with the Chinese “(d)enying the risk of human-to-human transmission.”

“On December 30, Chinese doctors at Wuhan hospitals posted on social media that they were observing human-to-human transmission. Until January 20, Chinese officials continued to insist that there was no evidence of human transmission – denying solid evidence to the contrary.”

Secondly, Missouri accuses China of having silenced whistleblowers. “Between January 1 and 3, 2020, Chinese officials arrested eight doctors and forcibly silenced them as ‘rumor-mongers’ – an action that was broadcast on state media, likely to deter others from speaking out.”

China also failed to contain the outbreak, according to the state of Missouri.

“Reports indicate that Chinese officials, while they were concealing the outbreak, began hoarding quality PPE while permitting only defective PPE to be exported to the rest of the world,” the document states. “This hoarding endangered the lives of healthcare workers and first responders in other countries.”

In addition to these allegations, the complaint itself mentioned an “emerging theory on the origin of the virus,” stating “it was released from the Wuhan Institute of Virology, which was studying the virus as part of a commercial activity.”

According to Fox News, “the intelligence community … confirmed to Fox News that they have taken the possibility of the coronavirus being man-made or engineered inside China as some sort of bioweapon off the table and have ruled it out at this point.”

At the same time, the virus might have been released “as part of China’s attempt to demonstrate that its efforts to identify and combat viruses are equal to or greater than the capabilities of the United States.”

“Huge news,” he wrote. “Given the lies and disinformation from China throughout this process a very appropriate move. So many lives and jobs lost that could have been avoided!”

Huge news. Given the lies and disinformation from China throughout this process a very appropriate move. So many lives and jobs lost that could have been avoided!

Recently, the President instructed his administration to halt funding for the World Health Organization because of its ties to China.