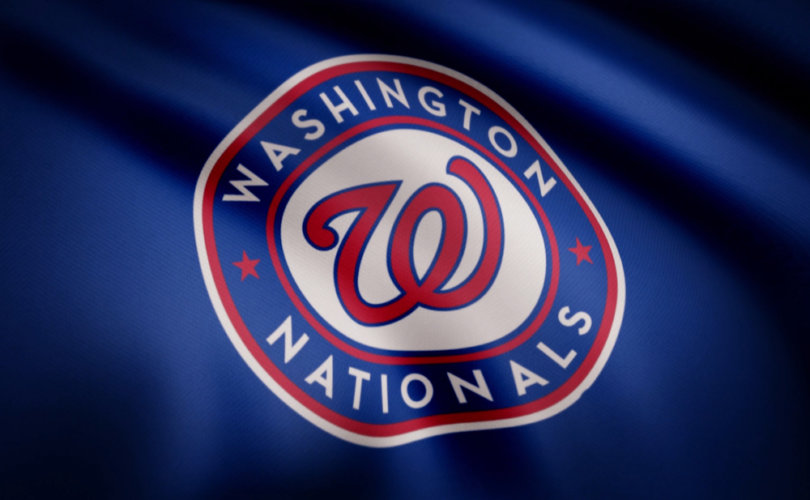 Bernard “Benny” Gallo is suing the MLB team for firing him over his refusal to receive the controversial COVID-19 vaccine because of his religious objections.

Serving his employers faithfully through the first 18 months of the pandemic, Gallo was terminated in late August 2021 after being denied a religious exemption by the baseball club. Gallo is seeking to have his firing reversed, his employment reinstated, back pay awarded, and restitution for the malicious deprivation of his rights.

When dismissed by the Nationals, Gallo not only lost his livelihood and his life’s passion of working as a baseball scout but also his elected position as vice president of the Southern California Scouts Association, a distinction awarded him by his industry peers.

The mandate required individuals to have undergone vaccination by August 26. LiMandri pointed out that Nationals players were not subject to the policy. MLB union members were encouraged to obtain COVID-19 vaccination, but were not subjected to the mandate.

“The dismissal of Mr. Gallo and the denial of his request for a religious exemption is discriminatory and unlawful,” LiMandri detained.

“The Nationals continued to employ others — including another scout — who requested and received similar accommodations for medical reasons,” LiMandri noted. “In addition, the accommodation Mr. Gallo sought was the same set of practices the Nationals had in place for him for over a year under the COVID-19 pandemic, both before and after vaccines became available.”

Indeed, during 2021, scouts continued to interact virtually and online as they had throughout the pandemic in 2020. The Nationals did not, and cannot, show why continuing to do what they had already been doing was an undue hardship. Furthermore, only a few months after Mr. Gallo was denied an accommodation and terminated, the MLB now is no longer even imposing regular COVID-19 testing; opting to test only symptomatic employees.

“Mr. Gallo holds deep and sincere opposition to taking the vaccine based on his religious beliefs,” stated attorney Rachel Rodriguez, who is serving as local counsel alongside LiMandri.

“He is a devout Christian, who believes that his body is created by God, a gift he must steward well by taking good care of his health. As part of his religious beliefs, Mr. Gallo objects to all vaccinations, and has not received a vaccine since his childhood. Upon learning of the Nationals’ vaccination mandate, Mr. Gallo immediately filed a request for a religious exemption.”

Along with Rodriguez, Attorney Mark Myers of LiMandri & Jonna joins LiMandri as part of the team representing Gallo.

The filing records that Gallo wrote, “Receiving the COVID-19 vaccination would violate my sincerely held religious beliefs, practices and/or observances.” He further explained in his request that “in prayer I feel my Lord and Savior is giving me the freedom to make a choice concerning MY body.”

As an alternative to the vaccination, Gallo, who has been medically tested and found to have natural immunity, expressed his willingness to wear a mask in close quarters and indoor close contact, test weekly, and continue to take good care of his body to maintain a healthy state by exercising, eating healthy and taking vitamins.

Because of Gallo’s religious belief regarding his obligation to care for his body and honor God, he maintains a strict exercise regimen, eats organic foods, and takes no medications. Additionally, Gallo uses only osteopathic therapies and generally does not seek aid from other medical professionals.

“The Washington Nationals’ denial of a reasonable accommodation is unlawful,” LiMandri asserted.

“Mr. Gallo’s beliefs regarding the sanctity of his physical body and obligation to take care of it are those of a devout Christian,” LiMandri added. “Additionally, Mr. Gallo’s pro-life beliefs require that he to inject into his body a vaccine that is in any way connected with taking the life of another human being through abortion, a condition that he has learned is true of all COVID-19 vaccines currently available in the United States.”

Though church leaders are divided over the morality of vaccinations, there is no question that embryonic cell strains originally extracted from aborted fetuses were used at some point in either the development or in the efficacy testing of each of the available vaccines.

“Benny Gallo has been associated with Major League Baseball most of his adult life and has faithfully served the Nationals for the last decade. Mr. Gallo has worked tirelessly and with distinction for the Nationals organization through the good times, including the team’s 2019 World Series victory, and the tough times brought on by the COVID-19 pandemic. He has been an exemplary employee, loyal and professional. The court needs to serve as the umpire here and call the Nationals out over this unlawful action.”

Reprinted with permission from the Thomas More Society