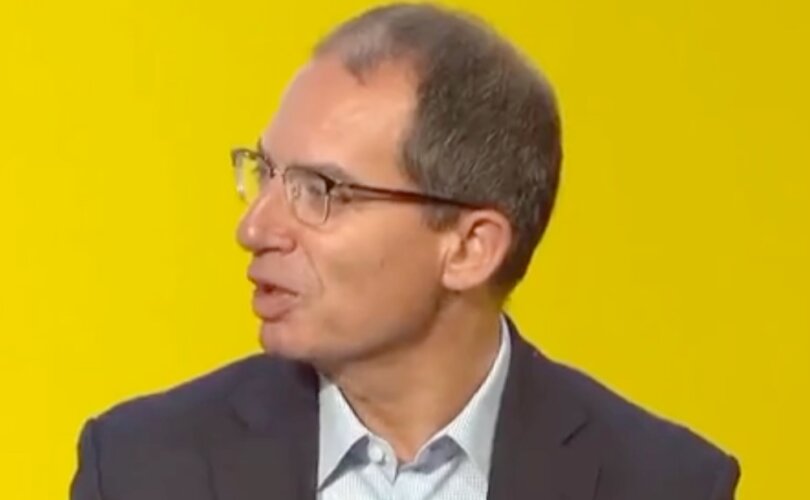 so debates are obviously a bad thing for him and Moderna’s profit…#wef23 pic.twitter.com/5axTwKnJHi

“In some countries, you saw scientific debates in national TV [at] prime time,” Stéphane Bancel said during the WEF panel discussion titled “State of the Pandemic.”

“So, you can imagine how people were scared,” he continued. “A lot of political debate in some countries, the U.S. was probably one of the worst places in the world, and you saw the differences of countries where all the parties would say, you know, this has been approved by the regulators, clinical studies have been done, you should get your vaccines and so on.”

“The social media was just terrible,” the pharmaceutical executive remarked. “In a time of uncertainty, when people were scared for their loved ones, maybe, you know, locked down. It was very hard for everybody from a mental health standpoint.”

“You had countries where you had scientific debate and political debate, and social media; with those three things, the vaccine rate was very, very low.”

Bancel appeared to be upset about the fact that scientific and political debate took place about the efficacy and safety of the COVID injections that his company and other pharmaceutical corporations sell.

Many people have rejected the experimental COVID jabs due to moral and practical reservations, given the use of aborted fetal cells in their development, the superiority of natural immunity, COVID’s low risk to most otherwise-healthy individuals, the vaccines’ failure to prevent infection, their accelerated development under former President Donald Trump’s Operation Warp Speed initiative giving them only a fraction of the evaluation and development time vaccines normally take, the lack of transparency from their manufacturers, and mounting evidence of serious adverse effects.

During the same panel discussion, Maria Leptin, President of the European Research Council, pointed to two examples where the Covid vaccination campaign led to a very high vaccination rate: Portugal and Bhutan. In both countries, it wasn’t scientific explanations that led to the acceptance of the COVID jabs in the population, according to Leptin, but religious authority and military rhetoric.

In Bhutan “they involved the religious establishment, and in fact, [used] them” to push the COVID vaccines. “No science was explained,” Leptin stated.

In Portugal “the [vaccination] campaign was handed to a retired army general, and the army general treated the country as his troops,” the German scientist explained. “And he rallied the troops, he declared it a war that the country in patriotic passion was going to fight together.”

READ: COVID-19 is the largest, most sophisticated propaganda operation in history