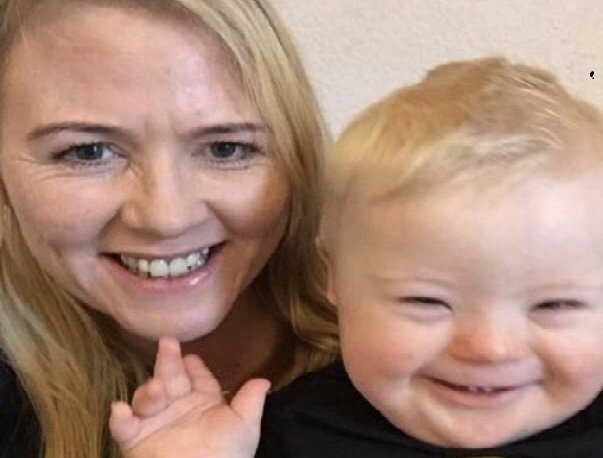 LANCASHIRE, England, December 16, 2019 (LifeSiteNews) — A proud mother brought her Down syndrome son to term despite recommendations from doctors to abort after a prenatal test that she now says is discriminatory and wrong.

Cheryl Bilsborrow, 45, said she needed to speak out about prenatal DNA screening tests in England that have resulted in a 30 percent drop in the number of Down syndrome children. She told The Sun online, “My two-year-old son Hector is the most wonderful baby.” Bilsborrow said that before he was born, she was made to feel that Hector was worthless and that she should have him killed. “Why? Because he has Down syndrome,” she said.

Statistics released by 26 hospital trusts in England showed the eugenic result that came once they started using a new non-invasive prenatal test (NIPT) identifying unborn babies with DNA showing a high likelihood of having Down syndrome.

According to the Down Syndrome Association of the UK, one in every 1,000 babies in the UK is born with the genetic condition, which can affect intellectual and physical abilities. Pregnant women who receive results of DNA testing that reveals Down syndrome are allowed to abort their pregnancies up to full term.

In an email response to LifeSiteNews, Alithea Williams of the Society for the Protection of Unborn Children wrote: “Every baby deserves a chance to live, and no one should be deprived of life in this way. There is something particularly chilling about this modern form of eugenics, where babies who are considered less than perfect are screened and disposed of.”

Reflecting on the grim statistics for Down syndrome people in the UK, new mom Bilsborrow said, “I need to speak out. Because this is a national travesty.”

Bilsborrow recounted to the newspaper that a hospital suggested she submit to the NIPT for Down syndrome. When the results of the DNA in her placental blood showed a high risk of having a Down baby, she said she wept at the news.

She then called her husband, David, 53, and together they decided to go to a private clinic that offered NIPT for an additional £400 ($533). Ten days later, they got the results. A midwife called Bilsborrow saying, “Really sorry for the bad news, but there’s a 99 percent chance you are having a baby with Down syndrome.”

Bilsborrow claimed that the midwife’s words were grave and oozing with pity.

Williams observed in an email, “This is just the latest in a long line of mothers being pressured by medics to abort their babies for the ‘crime’ of having an extra chromosome.”

“Cheryl’s testimony shows that these tests don’t help families – she suffered months of anxiety from being pressured first into undergoing the scanning, and then having doctors offer to abort her son, even, horrifyingly, up to the point of birth,” Williams concluded.

Throughout her pregnancy, Bilsborrow wrote, clinicians suggested abortion. She recalled that a midwife said, “There is always termination.” Bilsborrow angrily responded, “No, never.” A sonographer also told her that Down syndrome babies can be aborted even until term.

Bilsborrow said the tests are frightening because medical professionals lead mothers to abort their babies.

“Now, having had Hector, I know there was nothing to be frightened of,” she told The Sun. Affirming that many Down syndrome people and their families are happy, she said “it breaks my heart to think that so many babies, like my Hector, could be robbed of their chance to live happy lives.”

Bilsborrow suggested that instead of pushing expectant mothers toward abortion, medical professionals could instead offer counseling and introduce them to families who have Down syndrome children.

Pro-life activist, author and radio host Leticia Velasquez told LifeSiteNews in an interview that it is all too common for women to feel pressured into abortion when they get a Down syndrome diagnosis for an unborn child. Referring to Bilsborrow, she said, “That woman’s experience of being bullied is exactly why, at the age of 39, I refused screening. That was because I was involved in the pro-life movement and knew about the pressures.”

Velasquez averred that not all prenatal testing is bad, noting it can reveal conditions that can be addressed in utero by doctors. Special diets can be recommended and interventions performed on a child before birth, she said.

Velaquez has written a book describing the challenges and joys that the birth of her special-needs daughter brought. In her book, A Special Mother is Born: Parents Share How God Called Them to the Extraordinary Vocation of Parenting a Special Needs Child, Velazquez recounts her family’s daily life after the birth of Christina, a daughter born with Down syndrome. Motivated by the high percentage of abortion for babies with Down syndrome, she told LifeSiteNews that Christina is likewise a “joy and blessing that the whole world should know about.”