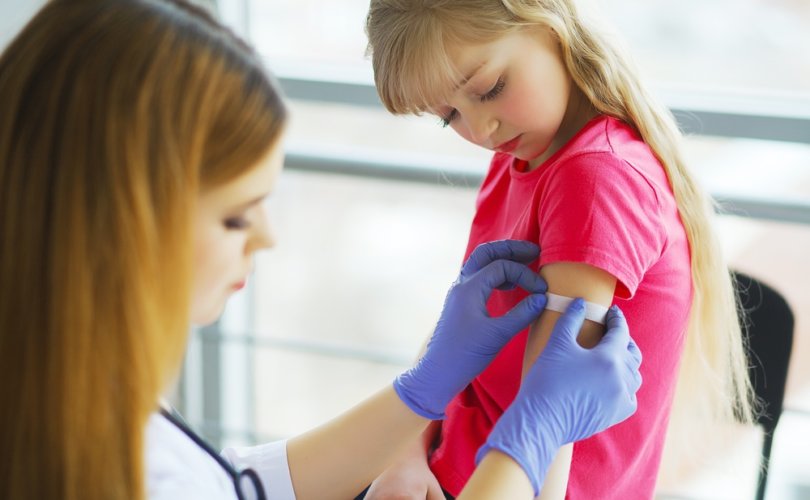 LONDON, England, January 7, 2020 (LifeSiteNews) ― A nurse and a mother are taking England’s public health system to court to stop sex-change experimentation on kids and they need financial help.

Susan Evans, formerly a psychiatric nurse at the Tavistock & Portman National Health Service (NHS) Foundation Trust, and a mother known only as “Mrs. A” are seeking a judicial review into Tavistock’s Gender Identity Development Service (GIDS).

As British doctors do not amputate healthy body parts from minors, at stake is the question of whether or not children under 18 can legally consent to puberty blockers and cross-sex hormones.

Thanks to the help of fundraising site CrowdJustice.com, Evans and Mrs. A have already raised over £32,000 ($42,000) to launch their legal case to “protect children from experimental medical treatment.” The fundraising drive ends this Thursday.

“While working [at the Tavistock Clinic] I quickly became concerned about the treatment approach,” Evans wrote on their fundraising page.

“When I joined the [GIDS] team I had expected that the young people would be assessed in depth and given support and psychological treatment over several years,” she continued.

“The alarm bells began ringing for me when a colleague at the weekly team clinical meeting said that they had seen a young person 4 times and they were now recommending them for a referral to the endocrinology department to commence hormone therapy.”

Evans was also concerned about the pressure put on the GIDS staff by distraught patients and families, but especially transgender activists groups like Mermaids and Gendered Intelligence.

“I also clinically disagreed with the request to fall into line in immediately ‘affirming’ the children's beliefs and also the expectation to write to other professionals using the name and sex the child had chosen rather than the patient who had been referred,” she added. She stated that the normal professional practice is to keep an open mind while examining all the difficulties  troubled children are having.

Mrs. A is the mother of a 15-year-old girl with autism and other mental health issues. She allowed her daughter to be placed on the Tavistock waiting list because of a lack of “specialist expertise” in adolescent mental health in her area. However, she is worried that the girl may be harmed by the Tavistock’s staff.

“I have deep concerns that the current clinical approach at GIDS means that my daughter will be subjected to an experimental treatment path that is not adequately regulated, where there are insufficient safeguards, where her autism will not be properly accounted for and where no-one (let alone my daughter) understands the risks and therefore cannot ensure informed consent is obtained,” she wrote.

Mrs. A is remaining anonymous to protect her daughter’s privacy.

The women are being represented by the Sinclairslaw firm. The UK’s Guardian quoted a solicitor with the firm, Paul Conrathe, as saying that the case would set a new precedent.

“I don’t think there has been any case that has tested a policy or practice in this way,” Conrathe told the Guardian.

“There may have been the odd case that has come up but not one that has challenged a health service for making this service available.”

The Guardian also mentioned a landmark case related to parents’ rights versus doctors’ rights to give treatment to children without parental consent: Gillick v West Norfolk and Wisbech Area Health Authority. The concept of “Gillick competence,” used to determine if a child under 16 is able to consent to his or her own medical treatment without parental permission or knowledge is derived from a 1985 decision in this case.

Victoria Gillick, a Catholic mother of ten, went to court in 1983 to fight for the rights of parents to forbid doctors from giving minors contraception without their knowledge or permission. Despite the fact that it was (and is) illegal for children under 16 to have sexual intercourse in England, even with each other, Gillick lost.

Conrathe said, however, that Gillick competence does not apply in situations where a child’s health could be permanently affected.

“The issue is whether the young person is of sufficient maturity and capacity to understand the consequences of their actions,” he told the Guardian.

“We say it is a leap too far to think that Gillick as a judgment could apply to this type of scenario, where a young person is being offered a treatment with lifelong consequences when they are at a stage of emotional and mental vulnerability,” he continued.

“It simply doesn’t compute, and therefore whatever medical professionals say is consent is not valid in law.”

To learn more about the effort of Susan Evans and Mrs. A to protect children from experimental gender treatments, or to support them, click HERE.