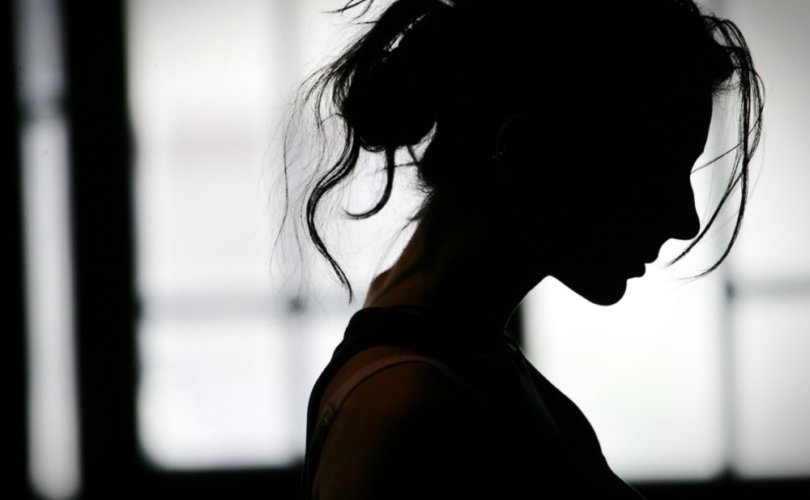 July 24, 2019 (LifeSiteNews) — The Minnesota mother whose son was maneuvered through a “sex change” by county officials has asked the U.S. Supreme Court to review her case. She is charging the government with usurping her parental rights when its agents provided her son with transgender services and narcotic drugs against her wishes.

The Thomas More Society petitioned the High Court Wednesday on behalf of Anmarie Calgaro, arguing that Calgaro’s due process rights were “trampled on” when St. Louis County and its referred health providers “ended her parental control over her minor son without a court order of emancipation.”

“It’s a parent’s worst nightmare,” Thomas More Society special counsel Erick Kaardal said. “Anmarie Calgaro’s child, while a minor, was steered through a life-changing, permanent body altering process, becoming a pawn in someone else’s sociopolitical agenda and being influenced by those who have no legal or moral right to usurp the role of a parent.”

Calgaro sued state agencies and health providers in federal court in 2016 for terminating her parental rights without due process after her minor son was given elective medical services for a so-called “sex change” without her consent or a legal order of emancipation.

Her suit said the state’s entities decided on their own that the then-17-year-old boy was emancipated.

The defendants handled Calgaro’s son as an emancipated minor even though there had been no court action to that effect, the Thomas More statement says. Neither the school district, the county, nor any of the medical agencies named in the lawsuit gave Calgaro any notice or hearing before ending her parental rights over her minor child.

A district judge dismissed Calgaro’s lawsuit in May 2017, admitting that the boy was not legally emancipated by a court order but ruling that Calgaro’s parental rights “remained intact.” The Thomas More Society says the judge decreed that the de facto emancipation of Calgaro’s minor son by the county, school, and medical care providers did not constitute an infringement of constitutionally protected parental rights.

The case was appealed in July 2017 and the district court ruling upheld by the 8th Circuit Court of Appeals in March of this year.

St. Louis County decided without any basis that Calgaro’s son was emancipated and could receive government benefits, even though Calgaro was a “fit parent” who objected to their actions, the legal non-profit’s statement on the Supreme Court filing said.

“Unbelievably, Minnesota statutes authorize a county to deem a minor ‘emancipated’ to receive welfare payments to live on their own and allow medical providers to void parental input if it determines the minor is living apart from the parents and is managing personal financial affairs,” said Kaardal.

“And the St. Louis County School District in Minnesota has a custom and practice of barring a parent from involvement in the child’s education for more than two years after a child is deemed by the school principal, not by a court order, to be emancipated,” he said. “This is an unacceptable situation for any parent and a serious violation of parental and due process rights.”

Minnesota’s language regarding emancipation is vague, and state law presents no procedural due process rights for “fit parents,” according to Kaardal, even though it does so for those deemed unfit.

“Why wouldn’t we make this same effort for fit parents?” he asked.

Kaardal said he was concerned in particular about the conflict in Minnesota’s legal statutes.

“The U.S. Court of Appeals ignored the major disconnect in the District Court decision where the mother’s parental rights are admitted but not honored, and the ridiculous claims that the agencies which have violated Calgaro’s rights did nothing wrong,” he stated. “The United States Supreme Court now has the opportunity to untangle this incompatible and untenable scenario; so, nationwide fit parents can keep parenting without governmental interference.”

“Under federal law, the right to parent is considered an unenumerated right, protected from governmental interference by the Due Process Clauses of the Fifth and Fourteenth Amendments,” said Kaardal. “The “liberty” of the Due Process Clauses safeguards those substantive rights “so rooted in the traditions and conscience as to be ranked as fundamental.”